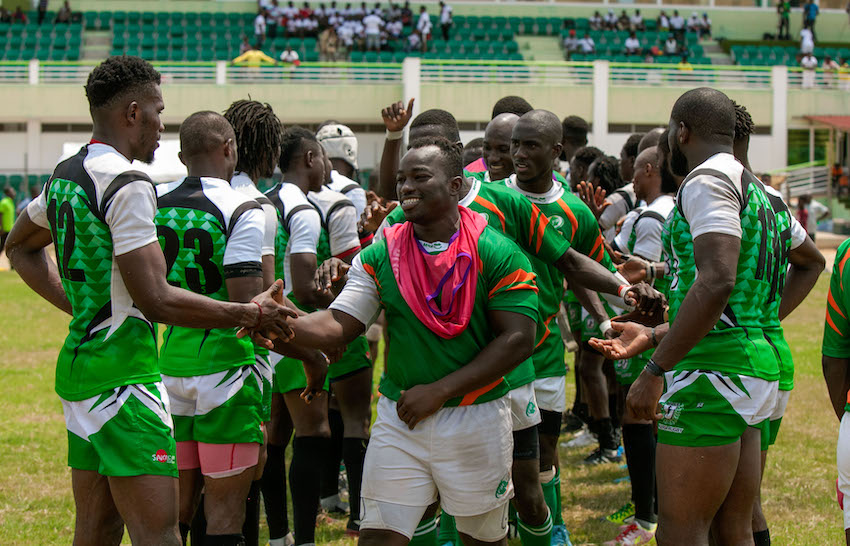 In the spirit of Rugby the Nigeria Rugby team formed a tunnel to congratulate their opponents[/caption] The Ivory Coast national rugby team, the Côte d’Ivoire Elephants, managed to beat the Nigerian Black Stallions by a slim one point at the Nduom Sports Stadium in Elmina, Ghana and as such claimed the 2019 WARS (West African Rugby Series) Men’s XVs championship title.

Having won both their matches against Ghana Rugby and the Nigeria Rugby Football Federation (NRFF)  in the tri-nations tournament that was initiated and hosted by Ghana Rugby they ensured that neither of the other participants can catch up to their unassailable tournament 8 points.

Ghana with zero points will face Nigeria, with one point, on Saturday 3 August 2019 at 11 am on the Nduom Sports Stadium to determine who the runners-up will be in the inaugural WARS Men’s XVs tournament.

The match was described as a case of lost opportunities for Nigeria by a rugby pundit.

“The Nigerians didn’t take their chances and got punished for it.  They have a fast backline but in the second half, they fell into playing physical like the Ivorians. This gave the Ivorians an advantage because that’s their game. They should have used their backline more – it would have been a different scoreline,” the pundit said. 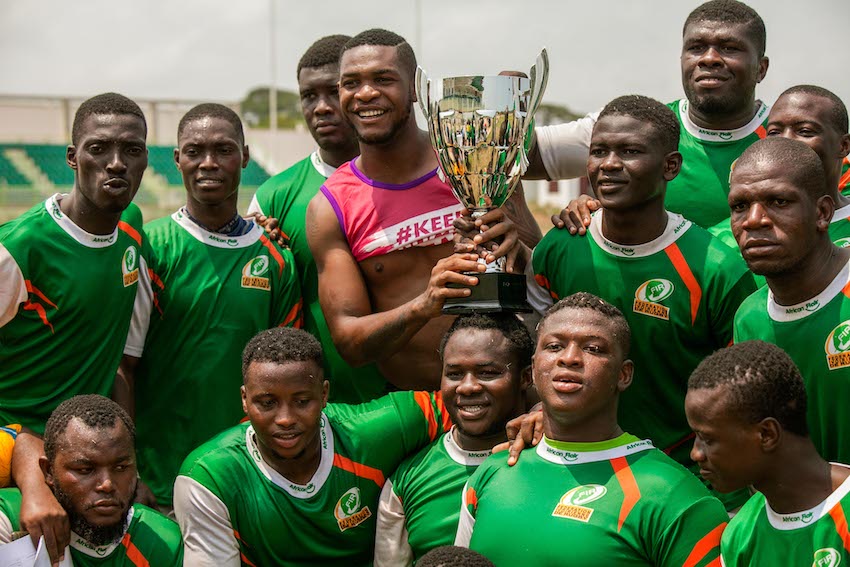 Mr  Kelechukwu Mbagwu, President of the NRFF, said in a message from Lagos, “The match was reported as a particularly exciting match in which we failed to take our opportunities. Nevertheless, this tournament is a wonderful initiative and we look forward to the match against Ghana and the inauguration of the President’s Cup. Kudos to our brothers from Ghana and the Ivory Coast.”

Mr Herbert Mensah, President of Ghana Rugby and initiator of the WARS (West African Rugby Series) tournament, said that he personally and Ghana Rugby, in general, was very pleased to have been able to host the Ivory Coast as part of the tri-nations tournament.

“My congratulations go out to Ivory Coast who has a rich rugby history in Africa. They emerged Champions of the very first WARS Tournament. This is definitely the first of a yearly tri-nations tournament and of many such tournaments to come and we are already in an advanced stage of planning sevens tournaments in the foreseeable future,” Mensah said. 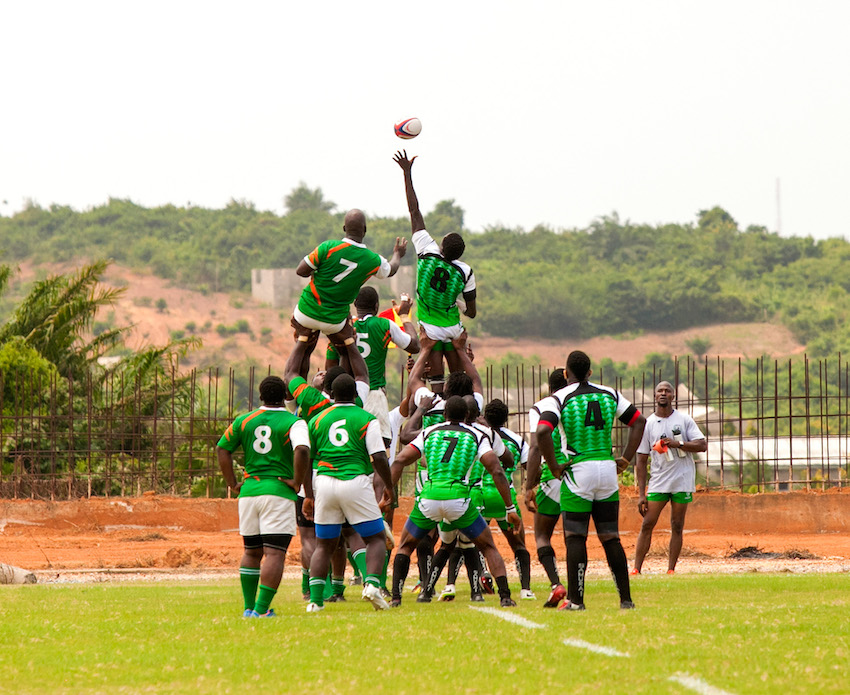 Mensah said that the success of this inaugural WARS tournament follows on many achievements since his administration and he took over the reins in June of 2014.

“Ghana Rugby has come a long way in just a few years with much to feel proud about. We have introduced governance systems such as scrumIT, our financial statements are audited yearly, we have won all our Rugby Africa Men’s XV’s tournaments, our ‘Get Into Rugby’ Programme is on a sound basis and it is growing steadily, we have resuscitated women’s rugby and our youth team development has taken off. This new endeavour into the development of rugby in West Africa will build on the success-platforms we have established,” Mensah said.

Mensah also noted that tournaments such as these require substantial financial support and he paid a special tribute to Sunda International and GB Foods via their Gino brands for making the tournament possible.

Nigeria opened its scorecard in the 11th minute with a try by number eight Jude Peter Abrakson which was converted by centre Joshua Effiong Etim.

The Ivorians responded in the 29th minute and lock Semonnin Firmin Doue scored a try that was converted by scrumhalf Douho Gnonsio Firmin Kohon. This levelled the scores to 7-7 going into the second half. 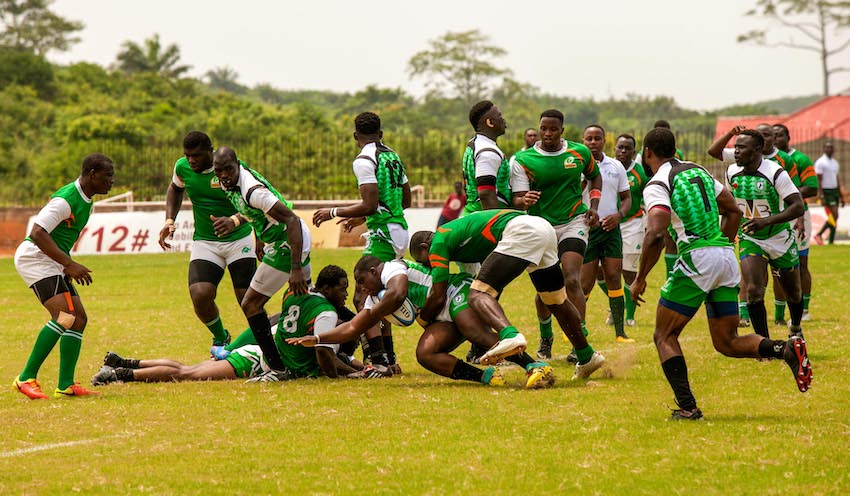 Nigerian hooker Umar Ibrahim Suraj put them in a seven-point lead in the 48th minute with a try that was again converted by centre Joshua Effiong Etim. That was also the last points for Nigeria for the remainder of the match.

An unconverted try by the Ivorian captain and flyhalf, Tidiane Kamara, in the 55th minutes placed the game in the balance with a slim lead of two points by Nigeria.

Indiscipline cost Nigeria the match when the Match Referee, Mathias Bvepfepfe (Zimbabwe) awarded a penalty to Ivory Coast in extra time in the 82nd-minute of the match. The Ivorians made no mistake and the penalty was converted into three points by scrumhalf Douho Gnonsio F. Kohon.

This brought the match to an end with Ivory Coast emerging victors over Nigeria by 15 points to 14. Nigeria did not leave the pitch empty-handed as they earned a bonus point by losing with less than seven points.

The last match of the 2019 WARS Ghana Rugby Men’s XVs Invitational will determine who the runners-up will be. Nigeria is leading the race with one tournament point against Ghana’s zero.

For Ghana to be runners-up they will have to beat Nigeria by ten points and score three more tries than Nigeria. This is a tough ask but one thing is sure – the match on Saturday at the Nduom Stadium will be a thriller.

The match between Nigeria and Ivory Coast has been made available by contributions from Rugby Africa, Ghana Rugby, Sunda International and GB Foods by way of the Gino brands. 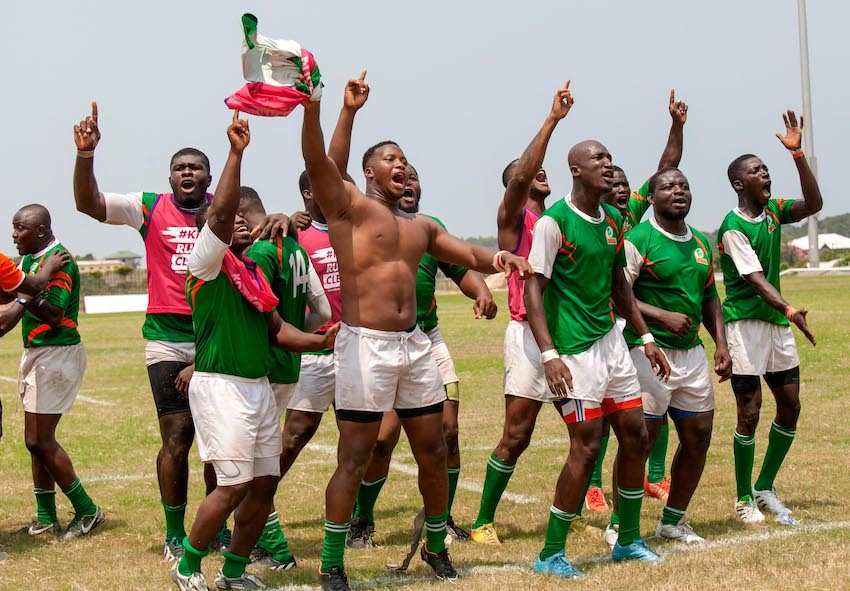 The lineups for the match between Nigeria and the Ivory Coast were: 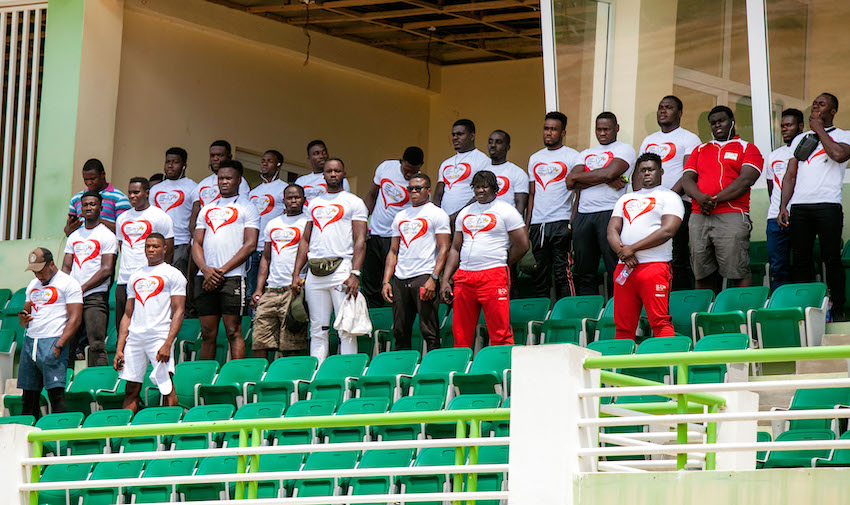 Ghana Rugby is the official full member of both World Rugby (2017) and Rugby Africa in Ghana-West Africa and is responsible for the management and development of the Game Rugby Union in the country. The Union is governed by a Constitution and administers five KPAs (Key Performance Areas) namely: (1) Youth Development & Growth through the World Rugby “Get Into Rugby” Programme, (2) Women in Ghana Rugby, (3) Training & Education, (4) Domestic Competitions and (5) International Performance.

‘I just needed to stop’ – Serena Williams opens up about retiring