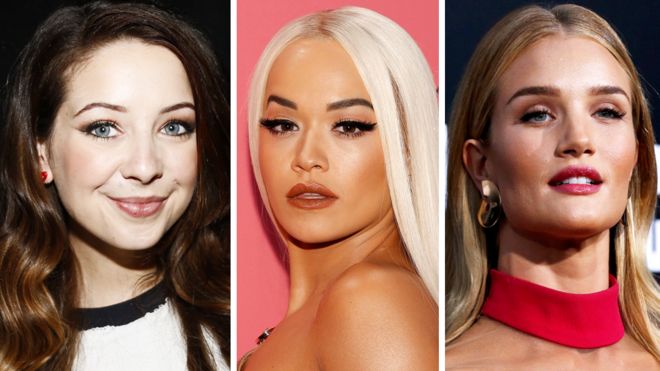 Zoe Sugg (Zoella), singer Rita Ora and model Rosie Huntington-Whiteley are among those who have agreed changes[/caption]

They will have to clearly state if they have been paid or received any gifts or loans of products they endorse. It follows warnings from the Competition and Markets Authority that their posts could break consumer law. Online endorsements can boost brands but can also mislead, said the CMA. The CMA has not made a finding on whether the influencers named breached consumer law, but said all of them volunteered to change their practices following an investigation. However, if they fail to comply with the agreement reached with the CMA, they could be taken to court and face heavy fines or prison sentences of up to two years. The celebrities named by the CMA are: Warning letters have been sent to a number of other unidentified celebrities, urging them to review their social media posts
READ ALSO:  GRAF clarifies outcome of Ghana’s Participation in 2018 Robofest World Championship
Source:BBC]]>