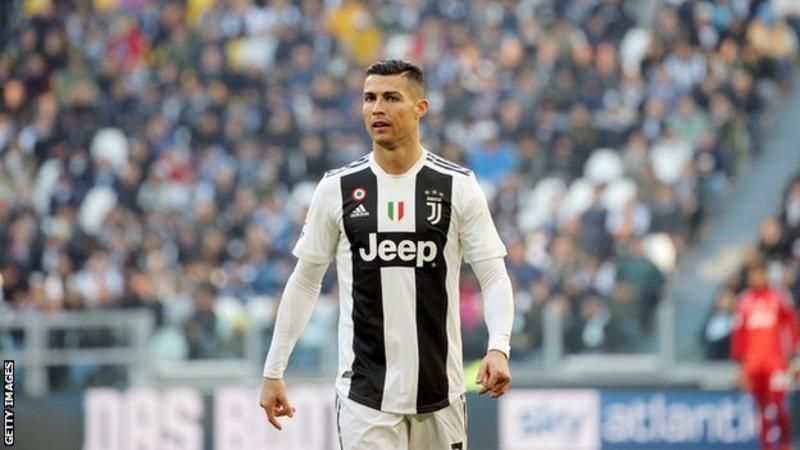 The lawyer of Kathryn Mayorga, who has accused Cristiano Ronaldo of raping her in 2009, will travel to London to meet a woman who claims to be the Juventus forward’s ex-girlfriend.

Leslie Stovall says he has spoken to British model and reality TV star Jasmine Lennard, who says she dated Ronaldo 10 years ago and has offered to assist Mayorga’s case against the Portugal captain.

Ronaldo, 33, denies American Mayorga’s claims and his legal team say he has no recollection of meeting Lennard.

Mourinho defends his record on strikers

Lennard appeared on Celebrity Big Brother and earlier in January the 33-year-old targeted Ronaldo with several social media posts but has since deleted her Twitter account.

The rape allegation against the former Manchester United and Real Madrid player relates to an incident which took place in a Las Vegas hotel.

Police in the American city have since issued a warrant for a DNA sample from Ronaldo as part of their investigation, but his lawyer told BBC Sport it was a “very standard request”.

Peter Christiansen said: “Mr Ronaldo has always maintained, as he does today, that what occurred in Las Vegas in 2009 was consensual in nature, so it is not surprising that DNA would be present, nor that the police would make this very standard request as part of their investigation.”

Larissa Drohobyczer, who is part of Mayorga’s legal team, said: “I can confirm that Leslie Mark Stovall has spoken to Ms Lennard regarding Cristiano Ronaldo.

“Mr Stovall’s travel to London, England will be based upon his discussions with London lawyer Jonathan Coad and his client Jasmine Lennard.”

Is there a right age to lose your virginity?

Mourinho defends his record on strikers

Is there a right age to lose your virginity?

Muniru Sulley grateful for Kotoko stint, heading back to Europe

Muniru Sulley grateful for Kotoko stint, heading back to Europe