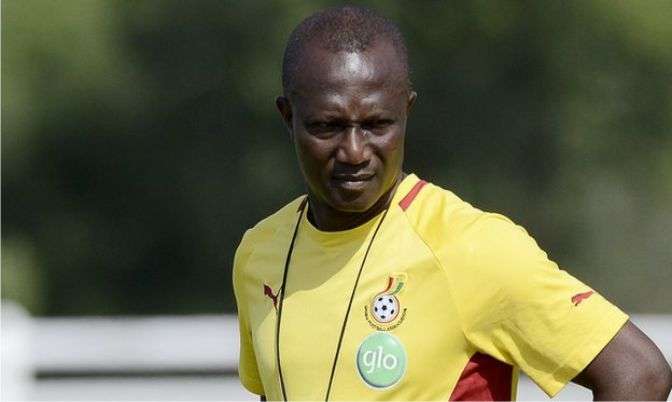 It’s news that does not surprise many, but it certainly changes the landscape in the national football circles in Ghana. Not one but as many as seven head coaches of the various national sides all lose their jobs in one massive clear-out. The biggest fish in the pond, however, is Kwesi Appiah, whose contract had expired, nevertheless.

Not all second comings end well. They usually don’t. Think of Harry Redknapp at Portsmouth. He guided them through the unthinkable in his first stint, but after returning from Southampton for a second assignment, he could not save them from relegation. Jose Mourinho returned to Chelsea famously, but it ended in tears. The Portuguese won though in his second attempt to guide the Blues to glory. The same cannot be said for Appiah, under whose leadership the Black Stars endured their worst performance in the African Cup of Nations in the last six tournaments.

Appiah is considered one of the best coaches in Ghana, but his technical direction is no longer needed by the new Ghana Football Association who are keen to reshape the game from the roots. The decision to do away with him was a bold one, but one that also reminds us of the dark times we find ourselves in and the immense need to act without hesitation. In his first term between 2012 and 2014, Appiah recorded 16 wins, nine losses and six drawn games in 31 matches overall. His second spell reads something like 20 games managed, nine wins, five losses, and six draws. A 45-percent win rate is by no means a positive turnout. The 54-year old received a lot of flack for his in-game decisions and inability to snatch wins from the trenches of defeats. His slow reactions from the dugout were always pointed out by fans, who constantly reminded the handlers of the game, that they were made to endure boring, and unexciting football under Appiah’s guidance of the Black Stars.

The Black Stars failed by great proportions in their last appearance at the AFCON, exiting in the last-16 stage with a defeat to the rather below-par Tunisia. The qualification for major tournaments has never looked a problem for the former Asante Kotoko star, and for that Appiah maintained his solid credibility of making it to competitions with little fuss, recently winning against South Africa and Sao Tome and Principe. He has enjoyed some good moments with the senior national team but not everyone joined in this blithe times.

Fans went crazy when the announcement was made by the GFA on Thursday, expressing their joy over the decision to let Appiah go. Here are some of the reactions on social media:

If this current GFA don't do anything at all, sacking Kwesi Appiah is a great achievement by them.

Kwesi Appiah’s sacking was long overdue. We don’t even have to waste 3secs of our time discussing him on radio/tv. A tactically bankrupt coach.

I guess Kwesi Appiah’s pastor did not see this coming 😂😂😂

The resentment is palpable. Appiah did not help himself with that poor performance at the AFCON 2019 in Egypt and that heightened any dislike for him. The second coming did not end well, and Appiah knows he contributed to his demise. Now the attention will turn to who succeeds him as head coach of the Black Stars and the GFA have a tough job on their hands at the possible beginning of a new dawn.

The Ghana Premier League is set for a prolonged spell on the touchlines after President Nana Addo Dankwa Akufo-Addo extended...

Anthony Yeboah has issued a damning verdict on the quality of Ghanaian referees and urged Ghana Football Association (GFA) President...

Covid-19: GFA has been insensitive to clubs – Amponsah