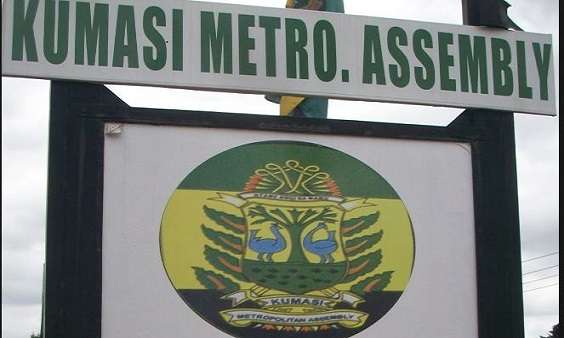 The Kumasi Metropolitan Assembly (KMA) is facilitating the construction of two sanitation courts to ease the prosecution of sanitation-related offences.

City Mayor Osei Assibey Antwi says the projects would help in implementing the Assembly’s campaign of reducing breaches of bye-laws on environmental sanitation.

Kumasi Mayor commends Dep. Chief of Staff for continuous support to his community

Trotro vehicles without unions banned from operating in Kumasi

“The Assembly has awarded on contract the construction of two courts in the metropolis to help speed up the adjudication of cases relating to the breach of sanitation bye-laws,” he told the media in Kumasi.

The KMA has, meanwhile, presented 15 motor bikes to the Assembly’s Sanitation and Environmental Units to support in addressing waste management challenges in the metropolis.

The motor bikes were procured from the Assembly’s £400,000 prize money awarded last year when the KMA won the ‘Sanitation for Ghana’ competition.

It was organized jointly by the Ministry of Sanitation and Water Resources, Maple Consult and Ideas, as well as IRC-Ghana and DFID.

Mr. Assibey Antwi said all the necessary measures are in place to encourage people to be environmentally-conscious.

The KMA has also donated a number of items for Covid-19 prevention to five schools in the metropolis.

Kumasi Mayor commends Dep. Chief of Staff for continuous support to his community

The Metropolitan Chief Executive of the Kumasi Metropolitan Assembly (KMA), Osei Assibey Antwi has commended the Deputy Chief of Staff...

The Kumasi Metropolitan Assembly (KMA) in collaboration with all the transport unions in the Ashanti Region have begun distribution of...

Trotro vehicles without unions banned from operating in Kumasi

Ksi: Low turnout on ‘my first day at school’