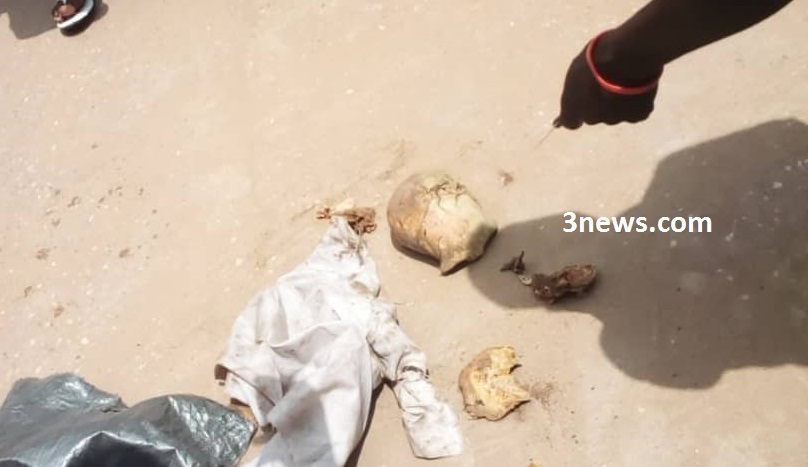 Two young men have been arrested by the Sekondi Divisional Police Station for allegedly possessing a human skull and also attempting to buy human parts. The two, all unemployed, are Isaac Kweku Agyepong, 20 years, and Shamzu Mohammed. Narrating the incident to 3news.com, a resident of Asamansudu, Leonard Samuel Lamptey said at about 10:00am Thursday, the two young men holding a sack approached him and asked where they can get human parts to buy. “I got alarmed and asked them whether it is car body parts they want or what, and they repeated that they want to buy human parts. I told them I cannot be of any help,” he narrated. He further stated, “when I left them I became worried that these people can kidnapped any young person around and take the body parts”. [caption id="attachment_136518" align="aligncenter" width="672"] 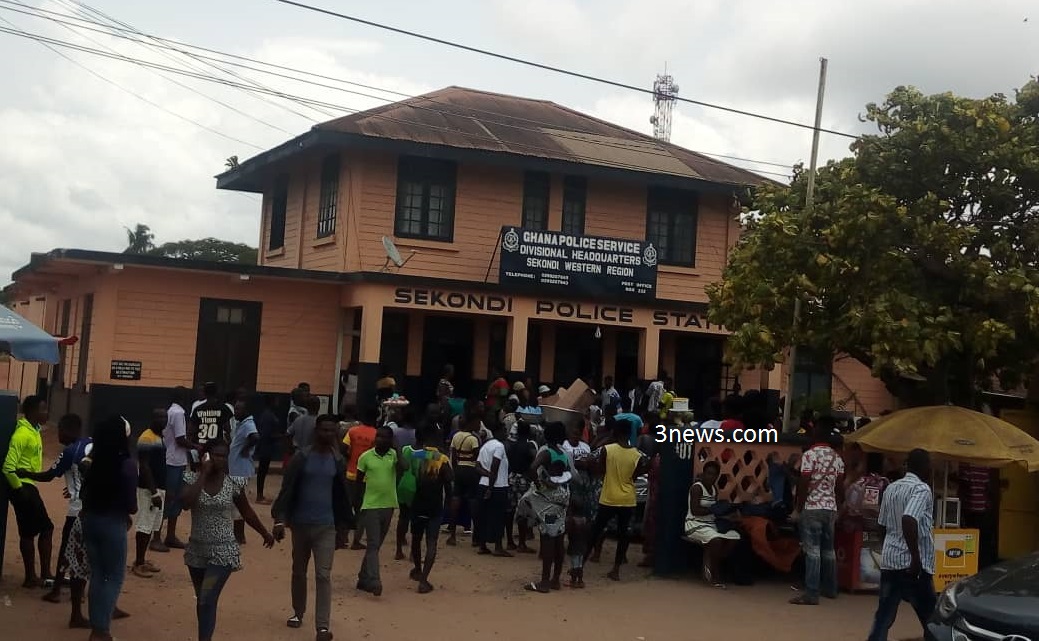 Residents massed up at the police station[/caption] According to the eyewitness, he quickly informed some young men around who helped to arrest the two suspects. “We opened the sack they were holding and saw a human skull wrapped in a white cloth”. While we were interrogating them the police came around to pick them up to the station. Checks at the Sekondi Divisional Police Station indicate the skull was exhumed at a cemetery at Asanda in the Ellembelle district. Meanwhile, the incident has thrown resident in Sekondi in a state of shock and alertness. Some of the residents who had gathered at the Sekondi Police Station were worried that Sekondi Takoradi is gradually becoming insecured. By Eric Yaw Adjei & Paa Kwesi Simpson | 3news.com | CONNECT FM 97.]]>