Three of the kidnapped girls[/caption] An uncle of the now-confirmed-dead Takoradi girls, Kwame Tawiah, has alleged that the Director-General of the Criminal Investigations Department (CID) of the Ghana Police Service, COP Maame Yaa Tiwaa Addo-Danquah, once called the family to say the suspected kidnappers wanted a ransom. He said the CID boss called his sister on March 13, 2019, and told her never to discuss with anyone what she was going to tell her and that the suspected kidnappers were demanding a huge ransom before they released the girls. “We have the recording on the CID. She told my sister she should not tell anyone.” “On 13th March this year, Madam Tiwaa called my sister to say they knew where the children were but the kidnappers were demanding huge sums of money and the government was looking for money to pay,” Mr. Tawiah explained in Fante. Asked whether the CID boss mentioned how much was being demanded by the kidnappers, Mr. Tawiah answered in the negative. Speaking in an interview on Onua FM on Tuesday, Mr. Tawiah, who is an uncle to Ruthlove Quayson, said they will never accept the result of the DNA which has confirmed their daughter as dead. Acting Inspector General of Police James Oppong-Boanuh confirmed on Monday, September 16 that results of DNA tests conducted on some human parts exhumed from the suspected kidnapper’s house in Takoradi are that of the four missing girls.

The whereabouts of the missing Takoradi girls – Ruthlove Quayson, Priscilla Blessing Bentum, Priscilla Kuranchie and Ruth Abakah – who were kidnapped between August and December 2018, had become a mystery several months after the issue gained national prominence. While investigations were ongoing on the matter, a special police operation led to the discovery and exhumation of some body parts at Kasawrodo in the Western Region. [caption id="attachment_131882" align="alignnone" width="544"] 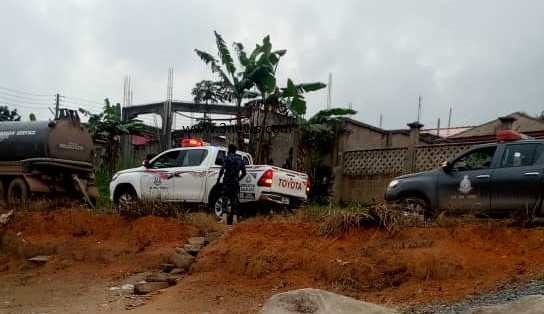 The first sets were discovered at Kansaworodo, where the prime suspect stayed[/caption] The bodies were retrieved from a manhole in the house of the suspect Samuel Udotek Wills. Independent DNA Mr. Tawiah said they want the bones that were retrieved to enable them conduct their independent DNA because they would not accept the result from the police. “They should give us the bones for us to do our independent DNA test because we did not see the bones. They retrieved the bones with just one bamboo stick and it can’t be possible,” he explained. By Kweku Antwi-Otoo|3news.com|Ghana  ]]>