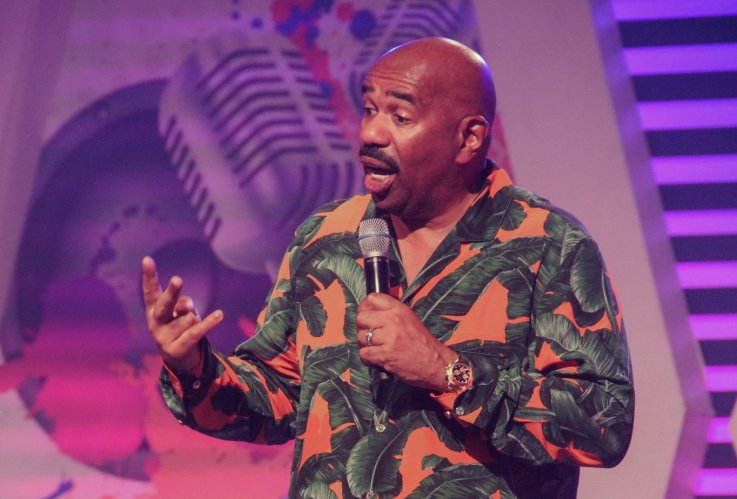 American television personality and comedian Steve Harvey has commended organisers of TV3’s ‘Mentor Reloaded’ for putting together such a reality show to unearth musical talents.

Steve Harvey, who is in Ghana to scout contestants for the African version of his television show ‘Family Feud’, said this when he appeared on stage for the maiden live show.

According to him, young talents in Africa and Ghana, for that matter, need a platform like Mentor to exhibit their craft.

“I like the idea of ‘Mentor’. Young people just need an opportunity, young people need a platform to showcase all the talent that they have.”

He said Africa has the potential to produce world class talents without necessarily leaving the shores of the continent.

The rebranded music reality show, the first on TV in Ghana, is back with a bang after a long break, and promises nothing but excellence and great talents.

Mentor Reloaded has officially begun with 16 contestants and four mentors ready to give viewers rich content.

The 16 contestants will battle it out for 13 weeks with hopes of walking away with the 2-bedroom house at stake.

Mentor Reloaded airs every Sunday at 8:00pm and is live on all social media platforms of TV3.