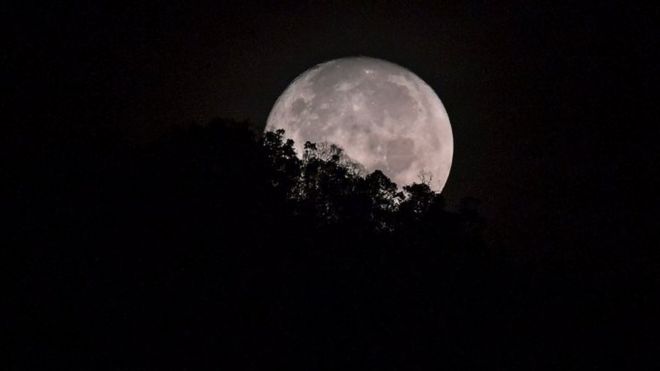 The Moon mission is planned for 2018, SpaceX says

US private rocket company SpaceX has announced that two private citizens have paid to be sent around the Moon.

The mission is planned for late 2018, SpaceX CEO Elon Musk said, adding that the tourists “have already paid a significant deposit”. “This presents an opportunity for humans to return to deep space for the first time in 45 years,” he said. The two unnamed people will fly aboard a spaceship which is set for its first unmanned test flight later this year. Mr Musk said the co-operation of America’s Nasa space agency had made the plan possible. He said the two passengers “will travel faster and further into the solar system than any before them”. Mr Musk declined to reveal their identities, only saying that they knew each other and that “it’s nobody from Hollywood”. “Like the Apollo astronauts before them, these individuals will travel into space carrying the hopes and dreams of all humankind, driven by the universal human spirit of exploration. “We expect to conduct health and fitness tests, as well as begin initial training later this year.” The first mission would be unmanned, and the next one – with crew – was expected in the second quarter of 2018, the billionaire entrepreneur and inventor said. He also said the first passengers “are entering this with their eyes open, knowing that there is some risk here”. “They’re certainly not naive, and we’ll do everything we can to minimise that risk, but it’s not zero.” The space tourists would make a loop around the Moon, skimming the lunar surface and then going well beyond, Mr Musk said. The mission will not involve a lunar landing. If Nasa decided it wanted to be first to take part in a lunar flyby mission, then the agency would have priority, Mr Musk said. The US has not sent astronauts to the Moon since the early 1970s. Sir Richard Branson’s Virgin Galactic venture proposes to send tourists on short sub-orbital flights in its vehicle SpaceShipTwo; the cost of a seat is listed as $250,000. However, its space vehicle was destroyed in a crash in 2014 and it remains unclear when the first flights with paying customers will begin. Source: BBC]]>
READ ALSO:  MEPs vote on robots' legal status - and if a kill switch is required