File photo[/caption] The police in the Northern Region on Thursday dawn foiled a robbery attack on the Savelugu-Walewale highway after a tip-off from residents. According to the Northern Regional Police Command, an information was sent its office that some armed robbers had blocked a portion of the highway, precisely at Gbanyali, near the Savelugu School for the Deaf. “Men were quickly mobilised from police check points on the road to deal with the situation,” a situational report sighted by 3news.com stated. When the officers got to the scene, the robbers had lined up vehicles, robbing passengers of their belongings. There was immediately an exchange of gunfire, resulting in the robbers fleeing into near-by bushes. They abandoned their motorbikes, which are now in the custody of the police. 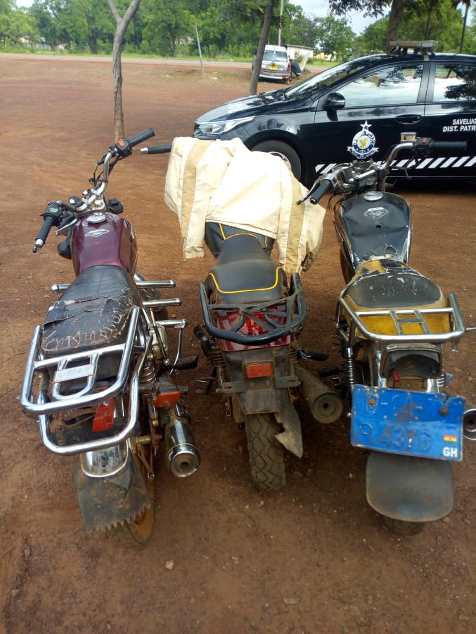 “Police suspect some of the robbers might have escaped with gunshot wounds and therefore calling on individuals, hospitals, herbalists and other health facilities to report suspicious injuries to police for necessary action.” Communities around Savelugu have also been entreated to be on the lookout for strange and suspicious persons in their communities and report same to police. “We also entreat the public to assist us trace the owners of the motorbikes,” the Command said. Investigations have already been launched into the incident to identify and arrest the suspects. Source: 3news.com|Ghana]]>

Two of Rev Owusu Bempah’s men ‘on the run’