Sammy Gyamfi [L] and Richard Nyamah [R] nearly exchanged blows[/caption]There was a heated exchange at TV3 on Tuesday morning between Richard Nyamah, a Deputy Communications Director of the New Patriotic Party (NPP), and Sammy Gyamfi, the National Communications Officer of the National Democratic Congress (NDC). It all began from the studio, on air to be precise, when Sammy Gyamfi condemned the alleged torture of the editor of ModernGhana by the National Security while in custody. Mr Gyamfi gave a tall list of journalists who have been attacked in one way or the other so far under the current government for expressing seemingly dissenting opinions to government’s. He singled out the murder of Ahmed Hussein-Suale as the most embarrassing in the history of press freedom in the country, ironically under a president, Nana Addo Dankwa Akufo-Addo, who is a renowned human rights lawyer. The NDC executive said the law should have rather been made to take its course in the case of the ModernGhana article rather than the National Security Minister, Albert Kan Dapaah, about whom a write-up was, using operatives to arrest and infringe on the rights of the journalists. He called for the immediate resignation of the Minister. Sammy Gyamfi’s pronouncements appeared to have irked Mr Nyamah, who impugned the former’s criticism. His heckling of the NDC executive forced sudden breaks to the show, New Day. 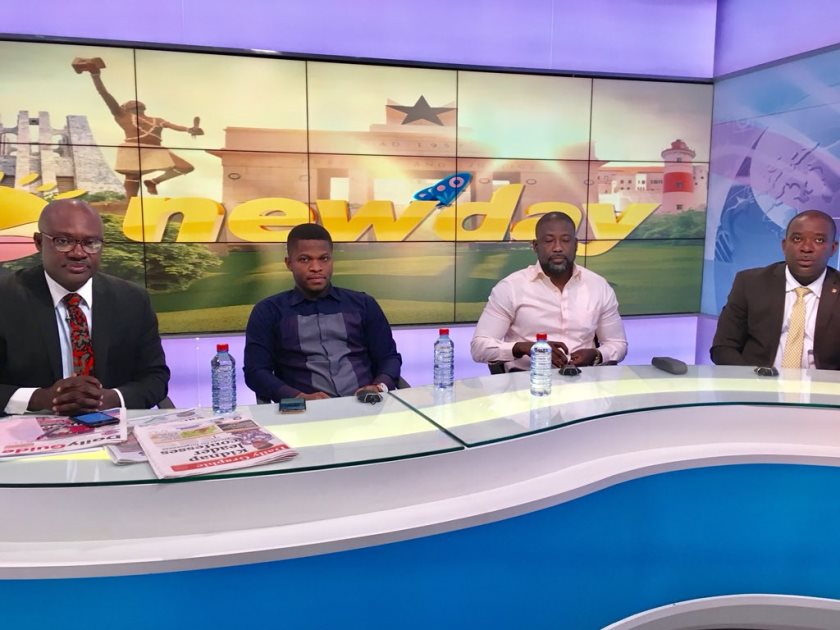 But tensions rose on set, forcing an abrupt end to the programme being hosted by Bright Nana Amfoh. Mr Nyamah called Sammy Gyamfi names, aside describing his comments as “stupid”. As if that was not enough, the two proceeded to the car park of TV3 and Richard Nyamah pointed his fist at his opponent and threatened, twice, to beat him mercilessly. It took some workers on the premises to prevent what would have been a bloody brawl. Dr Ahmed Jinapor, who was also on the programme as a neutral panelist, appeared saddened about the incident. He condemned the threat issued by the NPP Deputy Communications Director to the NDC Communications Officer. Source: 3news.com|Ghana]]>

Ama Benyiwa Doe was my good friend in parliament – Akufo-Addo