After New Democracy’s landslide victory on Sunday, Kyriakos Mitsotakis said he would not fail to “honour the hopes” of the Greek people. The win comes four years after Alexis Tsipras’s leftist Syriza party swept to power promising an end to austerity. But voters began to turn on Syriza after it accepted tough fiscal measures in return for an international bailout. Unemployment and a shrinking economy further damaged support. In the election, Mr Tsipras’s Syriza came second, with just 31.53% of the vote so far, according to official figures released after almost all districts returned their results. New Democracy, meanwhile, has won 39.85% so far, which would give them an outright majority as the winner receives 50 extra seats in parliament. Mr Mitsotakis – the son of former Prime Minister Konstantinos Mitsotakis – said the result gave him a strong mandate for change, but added he would be a prime minister for all, because Greeks were “too few to stay divided”. The prime minister-elect, who will be sworn in on Monday, has promised lower taxes, greater privatisation of public services and plans to renegotiate a deal with Greece’s creditors that would allow more money to be reinvested in the country. “I want to see this people prosper. I want to see the children who left to return,” he told supporters. Outgoing European Commission President Jean-Claude Juncker congratulated Mr Mitsotakis on his “clear victory”. Too many promises Analysis by Mark Lowen, BBC News, Athens Back in 2015, Alexis Tsipras seemed like the figure of change. In his firebrand rallies, the left-wing populist vowed to tear up Greece’s bailout programme and end austerity. But he hopelessly overpromised. Under pressure from the EU, capital controls on its banks and the threat of “Grexit” – departure from the euro – he was forced into a humiliating U-turn, signing up to a third, €89bn (£80bn; $100bn) bailout, and more austerity. His support base began to ebb away. As the Mitsotakis era begins, one of Europe’s iconic leftist leaders of the past four years departs the stage. But he’ll regroup in opposition and wait in the wings to seize on any misstep by Greece’s new leader.
READ ALSO:  Akufo-Addo will beat Mahama in 2020 elections – EIU forecasts
Speaking as the results became clear, Mr Tsipras confirmed he had called Mr Mitsotakis to offer him his congratulations. “Today, with our head held high we accept the people’s verdict. To bring Greece to where it is today we had to take difficult decisions [with] a heavy political cost,” Mr Tsipras told journalists. 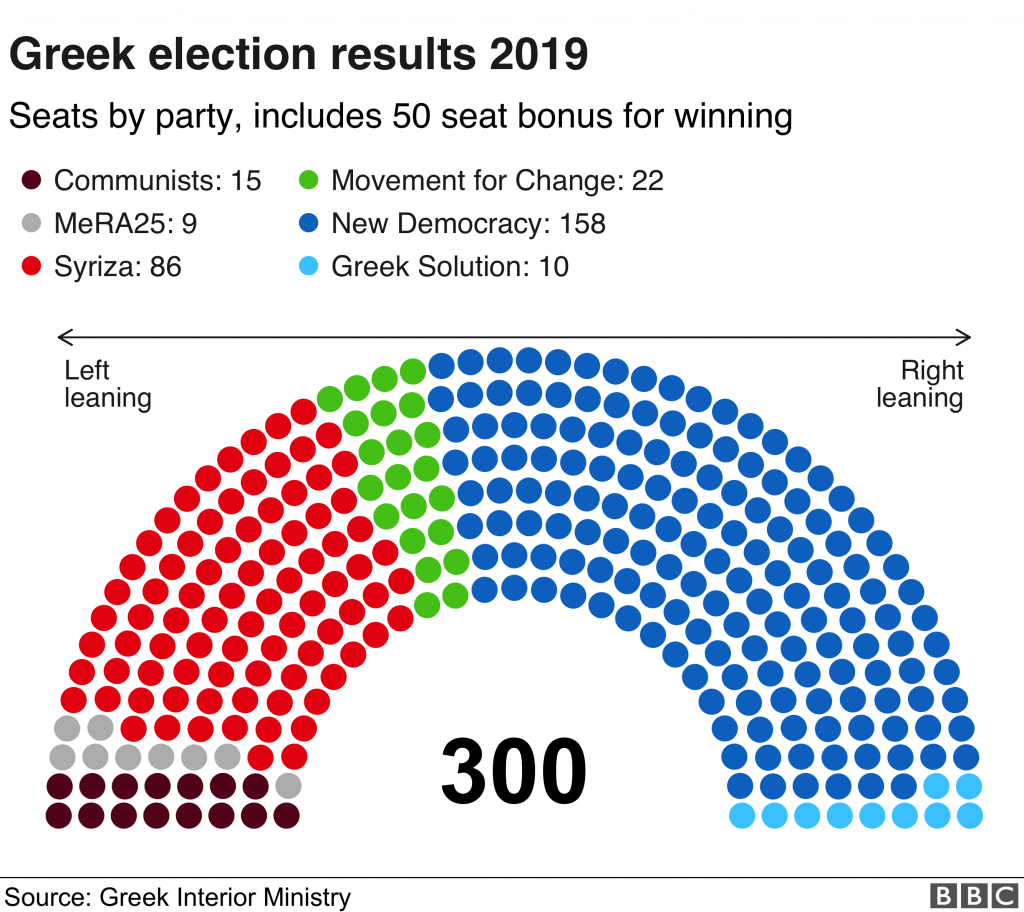 Turnout in the election was about 57% – one of the lowest figures in decades. Voting is technically compulsory in the country, though the rule is not enforced. What happened to Syriza’s support? Prime Minister Tsipras called the elections after suffering defeat in the local and European votes in May. He had toppled New Democracy from power by campaigning against the austerity policies that had affected Greeks for years. Yet within months, he was forced to accept tough conditions in return for Greece’s third international bailout. Mr Tsipras faced a revolt from within his party as a result and responded by calling fresh elections, which he won. But Mr Mitsotakis was able to attack his rival’s record, saying that economic improvement was too slow. He also benefited from widespread anger at a landmark deal with North Macedonia over the name of the country – which it shares with a Greek region. What does New Democracy stand for? New Democracy has promised to lower taxes and privatise services in the country, which is still feeling the effects of the 2008 financial crisis. Greece has been in receipt of a series of bailout programmes over the past decade, which it officially “exited” last August as economic growth returned. But youth unemployment remains high, and New Democracy has counted many 18-24 year olds among its supporters.
READ ALSO:  Letter from Africa: Mugabe 'unloved' on his birthday 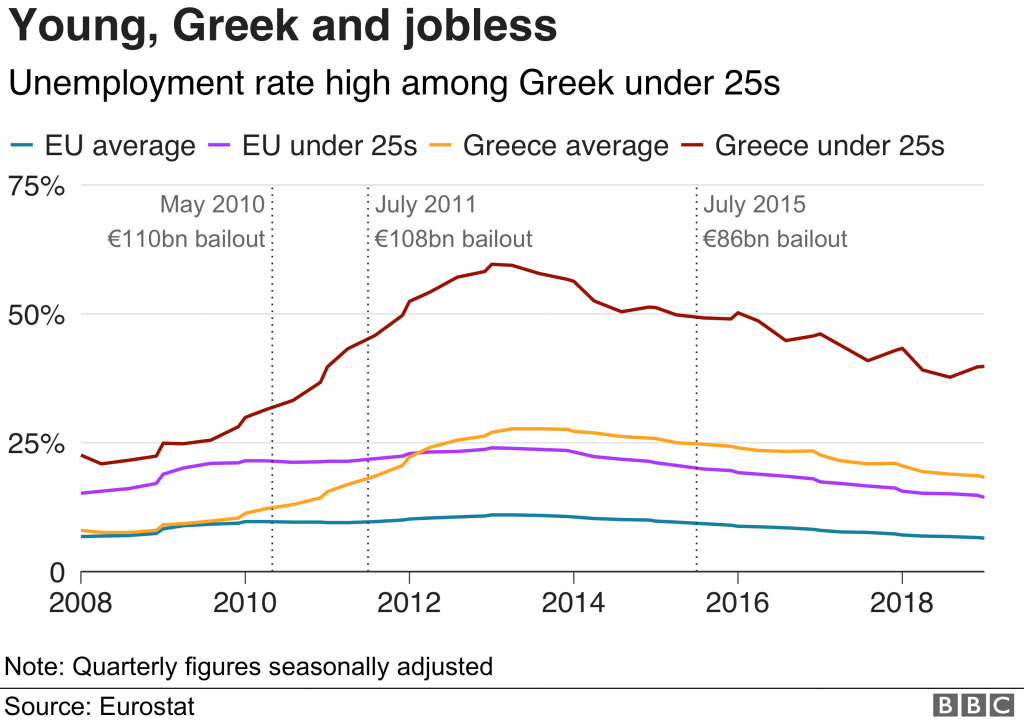 How did the other parties fare? The centre-left Movement for Change is on 8.1%, followed by the Communist Party on 5.3%. The far-right Golden Dawn party is short of the 3% minimum needed to enter parliament by the narrowest of margins – at 2.93%. The nationalist pro-Russian Greek Solution and MeRA25, the left-wing party of former Finance Minister Yanis Varoufakis, both crossed the threshold. Greek media also report a ballot box was stolen by an unidentified group which had forced its way into one polling station. Source: BBC]]>