Iddris Sandu has done a lot in his 21 years.

Besides creating algorithms for Instagram and Snapchat and consulting for Twitter, he’s now working with Kanye West and Jaden Smith to create augmented-reality experiences around music and politics for the tech festival ComplexCon next year in Chicago.

“With Jaden, we are getting more young people to vote and creating experiences around that,” Sandu told CNN about his work with the musician and actor who is the son of Hollywood stars Jada Pinkett Smith and Will Smith.
Born in Accra, Ghana, Sandu’s parents came to the United States when he was 3. He learned to code when he was just 13, during a work experience at Google eight months after the tech giant moved into Frank Gehry’s “Binoculars Building” in Venice, California.
For Sandu, it was a life-changing experience that cemented his meteoric rise in the American tech industry. In 2019, he plans to go back to Africa to help students envision social platforms of their own.
Within two years of his Google stint, Sandu designed an app to help students at his high school find their classrooms easily.
That same year, he received the Presidential Scholar Award from then-President Barack Obama, earning him a visit to the White House.
“That was one of the most awesome moments of my life,” Sandu recalled. “I had an afro at that time, so I remember him saying, ‘I like your afro.’ He said he used to have one.”

Aiming to ‘level the playing field’

Sandu didn’t go to college.
“I couldn’t afford it, being a minority,” he said. He also didn’t want to “wait four years; I wanted to make an impact now.”
For Instagram, he soon wrote a program that would filter key sites or activities by a user’s location to identify possible interests. The design has since been overhauled, but it led Sandu to Uber, where he created software called Autonomous Collision Detection Interface to help detect a driver’s hand motions and position.
“We use a sensor to measure your spinal position in a car,” he explained. “And then we also use a device to measure your hand position, so we can tell where your hands were in a car.” 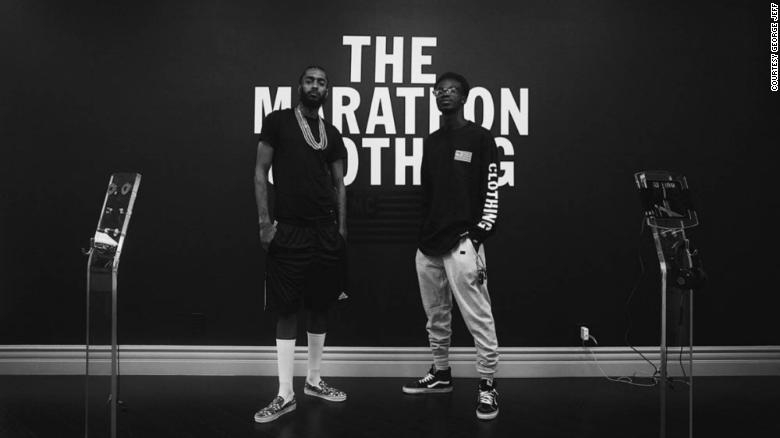 Sandu launched a tech-smart store with rapper Nipsey Hussle.
Last year, he met rapper Nipsey Hussle at a Starbucks and turned the chance encounter into a collaboration. The pair turned an abandoned shop in Los Angeles into The Marathon Store, which sells clothing, accessories and music.
Three weeks after it opened, “everyone from Diddy to Jay-Z, Swizz Beatz — Alicia Keys’ husband — everyone came out, and it was amazing,” Sandu recalled.
The “smart store,” as Sandu refers to it, lets customers download exclusive music and other digital content via an app.
But this tech whiz kid insists he hasn’t forgotten his roots in Ghana.
Sandu wants to “level the playing field” between Silicon Valley and black communities, he said, crediting his intense work ethic to the strong African icons he admired growing up. They include Ghana’s first President, Kwame Nkrumah, plus the late former Secretary-General of the United Nations Kofi Annan and Nigerian afrobeat pioneer Fela Kuti, he explained.
The software engineer believes his success and that of others has come at an important moment for black entrepreneurs.
“The next tech leaders are going to come from Africa. Why? Because they are exposed to problems which they have the solutions to,” he said. 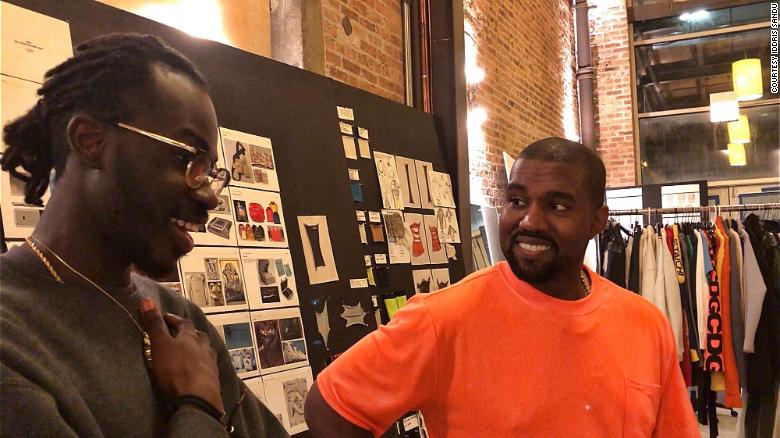 Sandu said he worked with Kanye West on creating tech experiences around the rapper’s latest album.

Inventing platforms for ‘our best narratives’

The start of 2019 will find Sandu in Africa’s most populous city — Lagos, Nigeria — hosting student workshops.
“Kids aren’t given the skills and the raw information to create on a high level,” he explained.
In the future, Sandu wants to teach African kids to build platforms they also own, he said.

“What’s happening right now is we are all on Instagram, we are all on Facebook, Snapchat, all this tech giants, and we are letting them control the narrative of how our stories can be told,” Sandu said.

“If we want to really tell our stories the way they need to be told, we should focus on pushing forward platforms that we create so we can tell our best narratives,” he added.
If he had to choose a dream career, Sandu said he’s “more focused on building infrastructural operating systems for the cities: smart signs, street lights that all talk to each other and can be more efficient.”
In that vein, his latest effort in California includes designing parking meters, though the project’s name seems to contradict his professional course: It’s called “Halt.”
Source: CNN

Intervene for us to resume operations – Menzgold begs Parliament

Watch out! Fake soldiers in town

Watch out! Fake soldiers in town