Joe’s body being conveyed by the Police from the crime scene[/caption] A man in his 30s who went on rampage through Eguafo, a community in the Central Region, and inflicted multiple machete wounds on four persons has been found dead in a river with his penis chopped off. The action by Ernest Cudjoe, aka Joe, and his eventual death or assassination, has shocked residents of the community who have since Wednesday been trying to wrap their heads over the incident that has become more of a puzzle for them and the Police. Residents and relatives say Joe was not known to have any mental ailment, stating he acted or was all the time normal. Investigations to establish whether the deceased killed himself or was murdered has already commenced by the Elmina Police, which confirmed the incident on Ocean1 TV. His body has been deposited at the Cape Coast Teaching Hospital for post-mortem to be conducted. Two of the four victims have since have their wounds treated and discharged, hospital authorities told our correspondent. How it happened? Kojo Ackah who is the uncle of the deceased told Ocean1 TV that he was awaken Wednesday dawn by an announcement from the community’s information centre requesting residents to embark on a search for Joe. Upon enquires, he was informed that Joe had on the previous night broke into people’s homes and inflicted machete wounds on four persons including a prophetess and left one of them unconscious. Joe was said to have first broken into Kojo Esuon’s room, and without any provocation whatsoever, inflicted cuts on his head, neck, legs, arms and other parts of the body, and left him unconscious. He proceeded to another house where a prophetess, Maame Hannah, was sleeping and slashed her multiple times; twice in both arms as well as her neck. She was left with deep machete wounds. Both the prophetess and Esuon whose injuries were serious are still on admission at the Cape Coast University Hospital and the Cape Coast Teaching Hospital respectively. The next assault was on Kofi Alansa and Kojo Blackie who received wounds on their arms and other parts of the body. They have since been treated and discharged. After the attack on the four, Joe then escaped into the bush. [caption id="attachment_112801" align="aligncenter" width="960"] 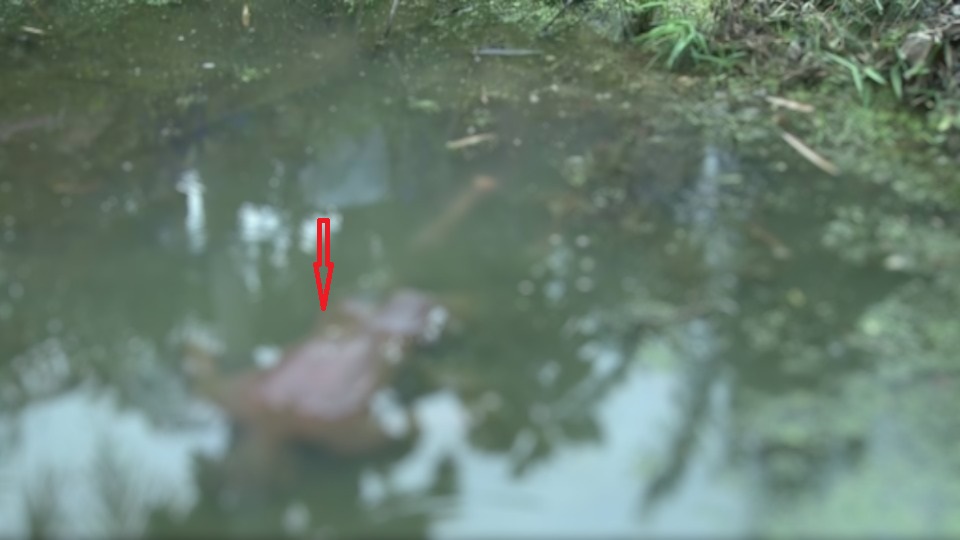 Joe’s body was discovered in a river without his penis[/caption] Joe was found dead and his body floating in a river in the village at about 4:00am without his with his penis missing. [caption id="attachment_112802" align="aligncenter" width="960"]

READ ALSO:  We had wanted to keep our divorce secret - Oye Lithur confesses
Victim’s account Prophetess Hannah narrated she was asleep at about 10:30pm when the deceased broke into their room wielding machete. She said sensing danger, she shouted for help but before anyone could come to her aid Joe had inflicted multiple cutlass wounds on her. [caption id="attachment_112803" align="aligncenter" width="900"] 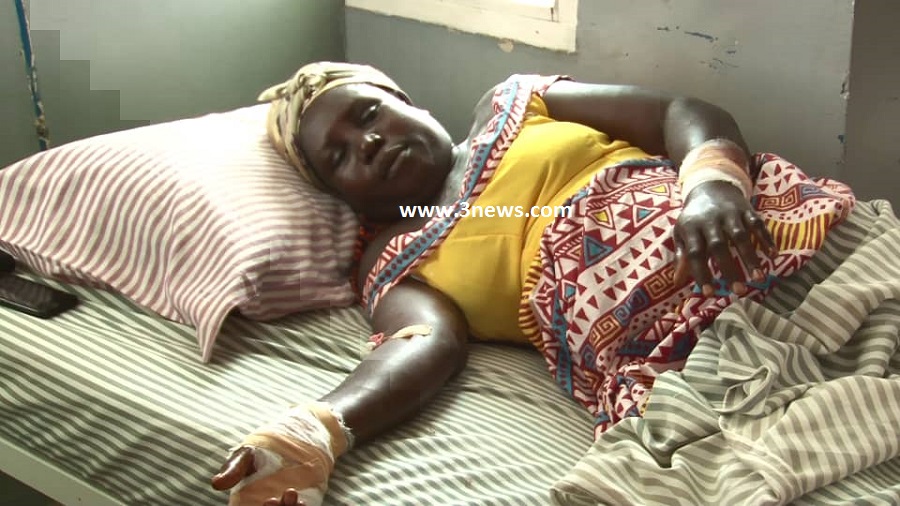 The prophetess in her hospital bed[/caption] According to her, she had earlier in the day at about 5:00pm met Joe and his nephew and they exchanged pleasantries, hence wondered what happened that Joe latter attacked her in her room. Assembly member for Eguafo  Abirem, Michael Botsio, told Ocean1 TV that they cannot ascertain the reasons behind Joe’s action, especially so when has not reported of or diagnosed of any mental disorder. Dr Zachariah Mankir of the University of Cape Coast Hospital said Prophetess Hannah was rushed first to the hospital before the others came in. Considering the conditions of the three and the schedule of the hospital at the time, he said, they referred the three to the Cape Coast Teaching Hospital. Dr Mankir said efforts are being put in place to ensure that the prophetess is properly rehabilitated to be able to use her arms effectively since the cuts were very deep. By Samuel Nana Effah Obeng|3news.com|Ghana]]>