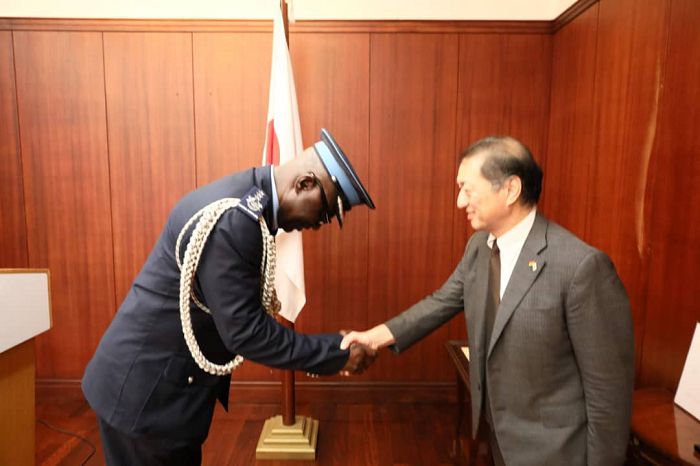 He urged him not to relent on his passion for the sports but to further contribute to the development of the sport in Ghana. Speaking on behalf of the Commissioner-General of the Ghana Revenue Authority (GRA), Mr Isaac Crentsil, the Commissioner of the Customs Division of the GRA, extolled Mr Tetteh as a disciplinarian who is dedicated to any duty entrusted with him. He urged him to continue to serve as an example for the young officers in the Customs Division, saying “GRA-Customs Division is proud of you.” For his part, Mr Tetteh expressed his gratitude to the Japanese Ambassador to Ghana and his staff for their diverse roles in his nomination and winning of the award. He also commended the leadership of the GRA-Customs Division, Ghana Olympics Committee, National Sports Authority, and the Judo Federation of Ghana for their supports in the promotion of judo in Ghana. [caption id="" align="alignnone" width="700"] 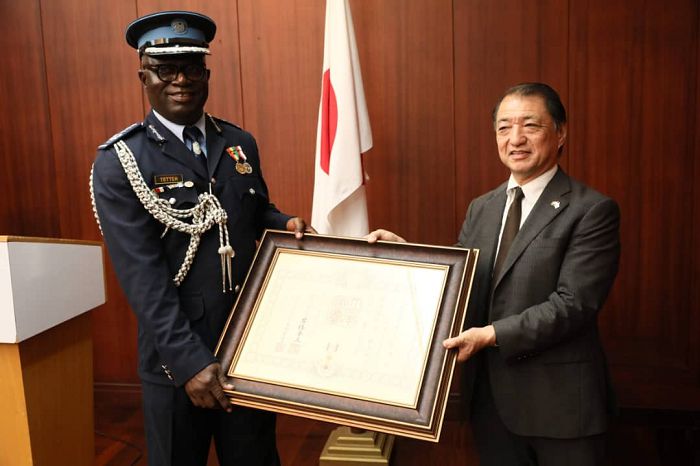 Mr Emmanuel Gidisu Tetteh receiving citation from the Japanese Ambassador to Ghana, Mr Tsutomu Himeno[/caption] According to Mr Tetteh, Judo is not only a sport but a culture and a way of life as the discipline has helped him to excel in everything he does. He said “each one of the values of Judo has strengthened me”, promising that he would continue to promote Judo in Ghana and beyond.

READ ALSO:  Nii Quaye Brown; a visually impaired judoka and his Olympic dream
Judo Judo is a martial art that was born in Japan, and it is now known around the world as an Olympic sport. The Order of the Rising Sun is awarded to those who have made distinguished achievements in international relations, promotion of Japanese culture, advancements in their field, development in welfare or preservation of the environment. Source Graphic Online]]>