There are questions about whether or not Finance Minister, Ken Ofori-Atta was aware of the proposed 200 million dollar new chamber for Parliament.  According to a letter from the speaker of parliament sighted by your authoritative 3news.com, the minster was aware and had made allocation of funds but is is yet to be confirmed if the proposed allocation would be contained in the mid-year budget review or the 2020 budget statement. The chamber will replace the present 275-seater chamber refurbished in 2013. When completed, the 450-seater chamber would be ICT-compliant to accommodate future fibre-optics expansion, as well as prayer-rooms and other essential services required in the building. The Speaker of Parliament, Prof. Mike Oquaye, stated that government is committed to the project and is already exploring external funding towards its execution. Though this was not contained in the 2019 budget presented by the Finance Minister to parliament in November last year, it is unclear if this allocation would be reflected in the mid-year budget review to be presented to parliament. But following a groundswell public disapproval of the project, Information Minister, Kojo Oppong Nkrumah, said in an interview with journalists that he was unaware that the executive arm of government has been engaged on the project. “From the executive perspective, I am not aware that the executive has been engaged on this idea,” he said. But a letter written by the Speaker of Parliament dated June 19, 2019 inviting President Akufo-Addo to a sod-cutting ceremony that was initially slated for late June 2019, suggests that the Finance Ministry has actually bought into the idea and made plans to finance the new chamber. “The Minister for Finance has dutifully given budgetary allocation” to the project, the Speaker’s letter to the President read in part. Parliament’s decision to construct a new chamber has been faced with fierce rejection and outrage by civil society groups, political watchers as well as individuals. On Friday, June 28 the Parliamentary Service Board received the architectural model for the proposed chamber designed by renowned Ghanaian architect, David Frank Adjaye. Meanwhile, parliament’s tender entity committee is questioning how Adjaye and Associates were engaged as architects of the proposed  450-seater chamber. At a news conference in Accra, Thursday, Osei Kyei-Mensah-Bonsu, the Majority Leader and member of the Parliamentary Service Board that is undertaking the project, indicated  he is unaware how much money has been expended so far on the project.

READ ALSO:  Parliament approves GH¢11.8bn supplementary budget
Read: Majority Leader ‘not well-informed’ about funding for proposed chamber It appears the current parliament may backtrack on the decision in the face of growing criticisms. 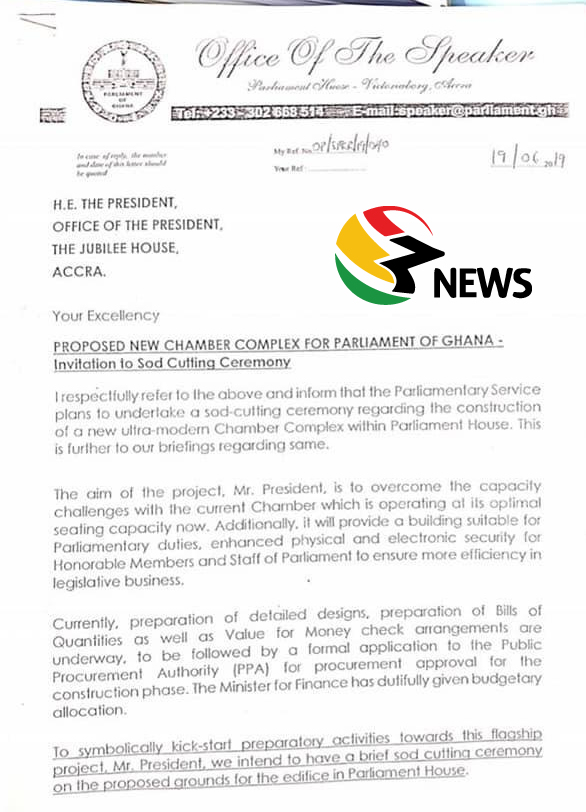 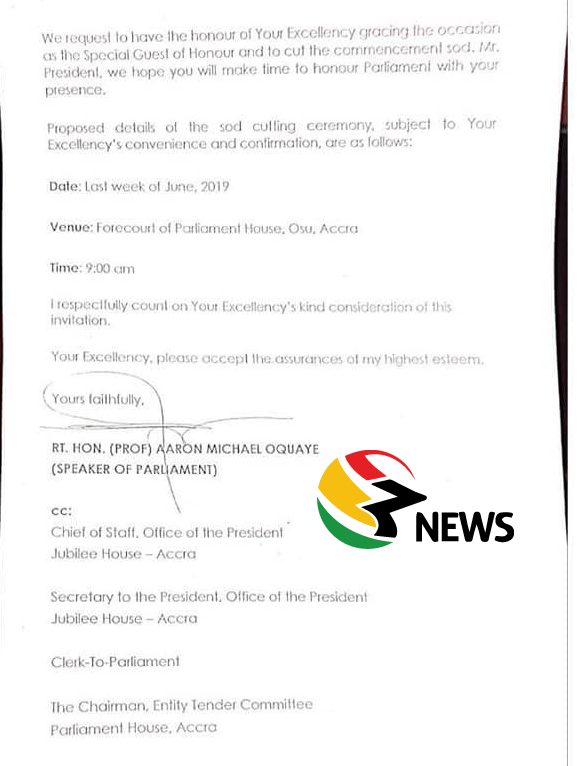