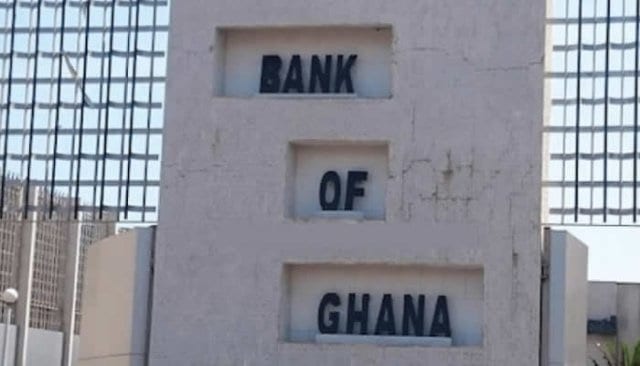 The licences of 192 insolvent microfinance companie across the country have been revoked, the Bank of Ghana (BoG) announced Friday.

Additional 155 insolvent microfinance companies that have ceased operations have also have their licences revoked by the central bank in line with  section 123 (1) of the Banks and Specialised Deposit-Taking Institutions Act, 2016 (Act 930).

Also,  BoG has with immediate effect revoked the licences of 29 insolvent microcredit companies.

The licences of 10 insolvent micro credit companies that have ceased operations have also  been revoked by BoG in a latest move by the central bank to clean up the non-banking financial sector.

This leaves a total number of 31 micro credit companies in operation in the country, BoG said in the statement.

This action is pursuant to section 7 of the Non-Bank Financial Institutions Act, 2008 (Act 774), which mandates BoG to revoke the licence of a non-bank financial institution (NBFI) if that institution among other things, ceases to carry on business or ceases to satisfy a qualification under the Act or contravenes any provision of the it.

BoG has notified the Registrar of Companies at the Registrar General’s Department of the revocation of these licences, and requested for winding up processes against the companies.

“Going forward, the Bank of Ghana is strengthening its regulatory and supervisory framework, and promoting confidence in the microcredit sector,” the statement said.

These, it said, includes a comprehensive review of licensing and supervisory policies and directives, a review of the minimum capital requirements for microcredit and encouraging possible consolidation through voluntary mergers and acquisitions.

A total of 70 microcredit companies were licensed by the Bank of Ghana from 2011 until the end of 2015 under Act 774, to provide micro loans.

Severe undercapitalization, poor lending and risk management practices, and poor corporate governance practices were among many other reasons accounting for the poor performance and eventual collapse of the 39 failed institutions whose licences have been revoked today.

Despite notices issued to the affected institutions by BoG over the last few years requiring remediation of identified regulatory violations and other supervisory concerns, these institutions failed to address the issues brought to their attention.