A New Patriotic Party executive, Kwame Baffoe Abronye, is pushing for former Aids ambassador Joyce Dzidzor Mensah to be arrested and prosecuted for deceiving the public about her HIV/AIDs status.

The controversial party man claims in a petition to the Police CID that Ms Mensah in August 2011 deceived officials of the Ghana Aids Commission (GAC) into believing she was HIV/AIDs positive.

“As an established fact devoid of ambiguity, Joyce Mensah is not an HIV patient but has through illegitimate means acquired and enjoyed privileges meant for persons suffering from the virus” he claimed.

With that alleged false declaration, Abronye said Ms Mensah secured a contract with the Commission to become an HIV/AIDs ambassador; a position that was for only HIV/AIDs patients.

“As part of her contract as AIDs Ambassador, she received several benefits and incentives from the commission which inherently came from the state. One of such benefits was that, the State provided her with a fully furnished apartment

Even after the said contract was terminated in November 2012, Abronye claims Ms Mensah remained in the apartment until August 2014 when the lease to expired.

Abronye claims in the petition dated February 18 that his intelligence has revealed “there was a conspiracy between Joyce Mensah and certain members of the Aids Commission” that enabled her to succeed in deceiving the GAC officials.

“In all this and in my candid opinion, this amounts to willfully causing financial loss to the state and in violation of the criminal cod,” he argues.

He avers the conduct of Ms Mensah smacks of fraud, deceiving public officers and false declaration hence she out to be arrested, interrogated and accordingly prosecuted under the criminal code.

Abronye attached to his petition were the HIV status of Ms Mensah and other related Facebook post by Ms Mensah in which she emphasises that she has no HIV.

Ms Mensah was first arrested and investigated in January 2015 after she announced in December 2014 that she was not an HIV/AIDs patient as she made Ghanaians to believe for years.

”I am not HIV positive, but I did confess that I was for the sake of those who are really HIV positive,” she announced on December 15, 2014.

She said she lied on her status and apologised to Ghanaians for the deceit.

The outcome of the investigations was not made public by the Police CID which was in charge of the case that was brought against Ms Mensah by the GAC.

Adolescent and youth advocacy group, Curious Minds, with sponsorship from UNESCO has commenced a two-week training programme for youth volunteers... 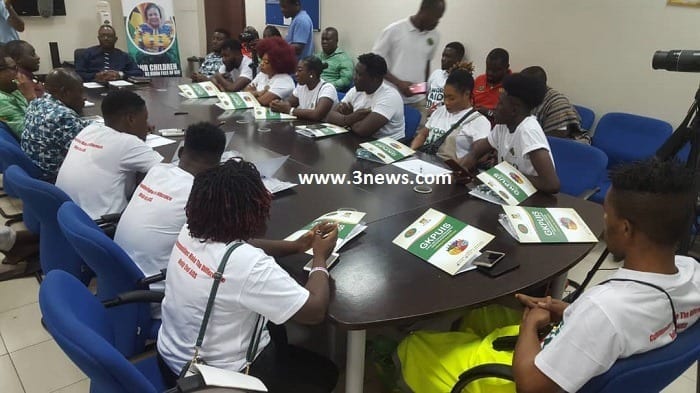 Ghana AIDS Commission on Friday, January 31 hosted contestants of currently the most sought after music reality show on television...

Panic in Pakistani city after 900 children test positive for H.I.V.