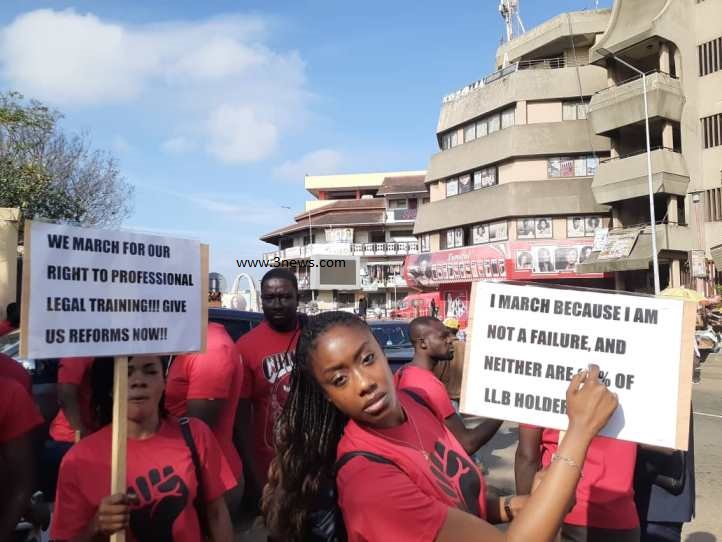 Law graduates and students of the Ghana School of Law are demanding a total scrap of the School’s controversial entrance examination, which has seen systematic failure in recent times. The Supreme Court in 2017 declared as unconstitutional, the entrance examination and interview session used in admitting students for the two-year professional law course. These two requirements, the court held, were in violation of the Legislative Instrument 1296 which gives direction for the mode of admission into the only school offering professional law course in the country. But the General Legal Council, which appears unyielding, has since taken steps to regularise the entrance examination which was kicked against by many law students in the country. Of the 1,820 LLB graduates who sat the exams this year, only 128 passed to get admission to pursue the professional law course, reigniting calls for the reforms in Ghana’s legal education which critics say has been hijacked by the General Legal Council. Demands The affected students as well as the Students Representative Council and other stakeholders have on October 7 been protesting to push for the authorities to open up legal education in the country. They are expected to present a petition to President Nana Akufo-Addo at the Jubilee House in Accra asking him to ensure the scrapping of the entrance examination and allow the various law faculties and accredited institutions in the country to run the professional law course. Also, they are demanding the abolishment of a ‘Repeat Policy’ at the Ghana School of Law to allow for students to re-sit any examinations that they fail. They also want an immediate implementation a Parliamentary recommendations bothering on the reduction of remarking fee from 3000 cedis to I500 cedis. The students also want a downward review of the school fees at the Ghana School of Law.]]>