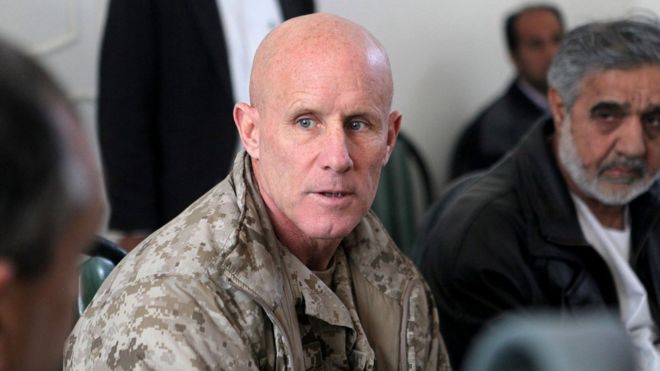 US President Donald Trump’s choice for national security adviser has turned down the job offer.

Retired Vice-Admiral Robert Harward was widely tipped for the post after Mr Trump fired Michael Flynn on Monday. A White House official said Mr Harward cited family and financial commitments, but US media said the sticking point was he wanted to bring in his own team. Mr Flynn had misled US Vice-President Mike Pence over his conversations with Russia’s ambassador to the US. The latest setback emerged hours after Mr Trump robustly denied media reports of White House disarray, insisting in a news conference that his administration was running like a “fine-tuned machine”. Mr Harward told the Associated Press the Trump administration was “very accommodating to my needs, both professionally and personally”. “It’s purely a personal issue,” added the 60-year-old former Navy Seal who is currently based in Abu Dhabi as an executive for US defence contractor Lockheed Martin. Asked about reports that he had asked to bring in his own staff at the National Security Council, Mr Harward said: “I think that’s for the president to address.” Mr Flynn, a retired army lieutenant-general, was ousted amid claims that before he was even appointed as national security adviser he had discussed sanctions with a Russian envoy. This would have potentially breached a law banning private citizens from engaging in diplomacy. Mr Flynn initially denied having discussed sanctions with Sergei Kislyak, Moscow’s ambassador to Washington. But on Monday, Mr Trump asked for his resignation following revelations that Mr Flynn had misled the vice-president about his conversations with the diplomat. Leading Republicans have called for an investigation into intelligence leaks that led to Mr Flynn’s resignation. Source: BBC]]>
READ ALSO:  Zimbabwe opens land borders after long Covid closure