A hard-fought 2-1 victory over New Zealand courtesy an injury-time strike by Njoya Ajara gave Cameroon’s Indomitable Lionesses a ticket to the Round of 16 of the ongoing FIFA Women’s World Cup in France.

The 2018 African Bronze medallists needed a win in their final Group E game to make it to the knock-out round.

After taking the lead in the second half through Njoya, the Cameroonians were undone by an 80th minute own goal.

But Njoya stepped up again on the nick of full-time to send the Lionesses into the next round. They are to face their namesake in Europe, England’s Lionesses.

That game will be played on Sunday at the Stade du Hainaut in Valenciennes. 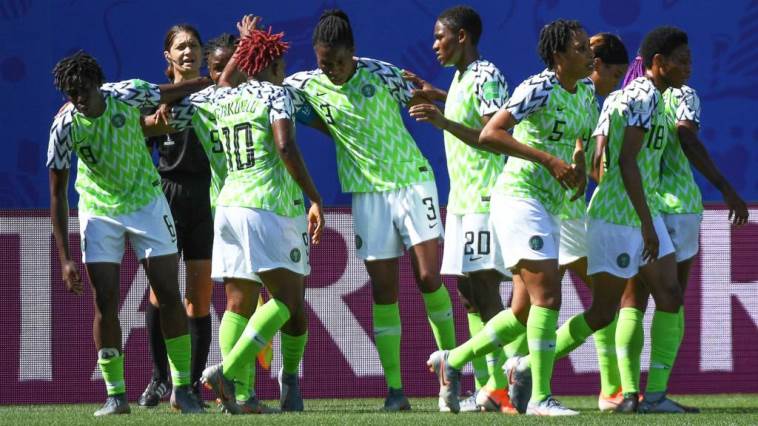 Meanwhile, African champions Nigeria’s Super Falcons have sailed through to the next round after Chile failed to score more goals against Thailand.

The South Americans managed a 2-0 win over the whipping girls and that was just a goal just short of going past Nigeria in the third-place rankings.

The Falcons will, as a result of qualification, play two-time world champions Germany on Saturday at the Stade des Alpes in Grenoble.

So far, there have been two wins for Africa in the tournament – Nigeria’s 2-0 win over South Korea and Cameroon’s win on Thursday.

South Africa’s Banyana Banyana were the first nation to be eliminated from the group phase.

AWCON 2018: Queens in a make-or-break clash with Cameroon