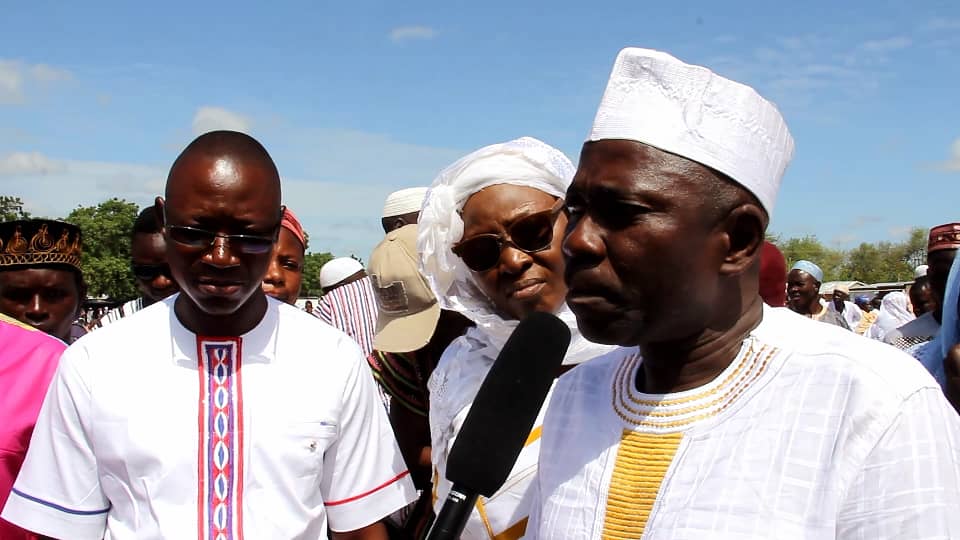 Deputy Upper East Regional Minister, Frank Fuseini Adongo, has called on the youth of Zebilla to eschew social vices and desist from joining unproductive groups in the country. Mr Adongo who is also the MP for Zebilla made the appeal when he joined thousands of Muslims in his constituency to observe this year’s festival of sacrifice (Eid Ul Adha). He urged the youth of the area to see themselves as national assets and ensure they nurture themselves into human resource for national development since a nation’s pride depends on its youth. He commended the youth of Zebilla and its environs for their pro-activeness in maintaining the peace being enjoyed in the area, and urged them to focus on maintain law and order so as to be responsible leaders in future. The MP thus called on the youth to embrace the government flagship programmes such as the Planting for Food and Jobs, Free SHS, NABCO and Youth in Afforestation to better their lives. Delivering his sermon after the Eid prayers, Chief Imam of Zebilla, Mallam Alhaji Isaah Tahiru advised the people to use Islam as a tool for development and not for destruction, indicating that the religion stands for peace and unity. He reminded the people to observe the Eid celebrations with a sense of sacrifice. Mallam Tahiru called on the youth to stay away from drugs and focus on acquiring quality education as it was the only thing that could secure a better future for them and their dependents. The Imam said Islam was a practice from God and that anyone who joins should practice it with the will of God and hold on to it, urging all not to undermine God’s will as that would destroy their salvation. He underscored the need for the people to believe there is one God. The celebration was graced by other religious faith in the Zebilla district as well as the district chief executive for the area, Madam Victoria Ayamba; NPP chairman for Zebilla Patrick Ayaaba and representatives of other political parties.