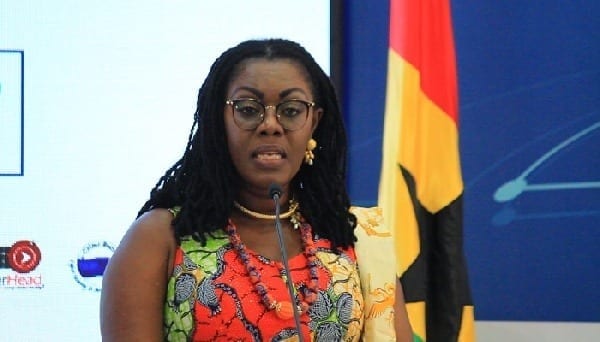 Minister of Communications Ursula Owusu-Ekuful has thrown her support behind board chairman of the National Communications Authority (NCA), saying she sees nothing wrong with his decision to host a show on radio.

Kwaku Sakyi-Addo’s announcement to start a programme on new radio station Asaase Radio has raised hackles with some imputing conflict of interest given his role at NCA.

Indeed, the Member of Parliament for Ningo-Prampram Constituency, Sam Nartey George, has written to the Minister, drawing her attention not only to it but also that of a board member, Paul Adom-Otchere, who hosts a programme on TV.

“It is refreshing to hear the veteran back on air,” Mr Nartey George wrote in his letter dated June 4, 2020.

“However, regardless of how refreshing it would be to see the respected journalist back on the airwaves, he is still the Board Chairman for the National Communications Authority at my last check, which is the regulator for radio stations like the one he is about to start working for.

“This raises immediately questions of a possible conflict situation should a situation occur that requires the intervention of the regulator regarding Asaase Radio 99.5FM.

But speaking in an interview with 3news.com on Friday, the Minister of Communications said she does not see any conflict of interest situation as raised by some.

She said the NCA only deals with frequencies and spectrums and the digital infrastructure.

“They are two different things. So if he does something that somebody takes an issue with, you can appeal to the National Media Commission and the matter will be dealt with in his capacity.”

To her depending on one’s capacity, one can take on several roles like she is an MP but a lawyer, an environmental advocate and child’s right advocate.

“You can wear many hats at the same time. It is your capacity which determines where you can juggle all these balls without dropping end. Unless somebody can point out exactly what he has done wrong. I fail to see it.”