President of Guyana, David Arthur Granger and President Akufo-Addo[/caption] Guyana has conferred on President Nana Addo Dankwa Akufo-Addo, its highest national award (Order of Excellence of Guyana) at a state luncheon held in Georgetown in his honour on Tuesday. Established in 1970 under the Constitution of the Orders of Guyana, the Order of Excellence of Guyana is limited to only 25 living citizens of Guyana. President of the Co-operative Republic of Guyana, David Arthur Granger, stated that his country was pleased to honour President Akufo-Addo “for his dedication and commitment to the Commonwealth, the African Union, ECOWAS, and for his unflinching support for the rights of developing states.” Nana Akufo-Addo, President Granger stated, is recognised for his invaluable exertions in promoting economic security and stability on the continent of Africa, his steadfast dedication to regionalism, and tireless efforts to promote the interests of developing states. 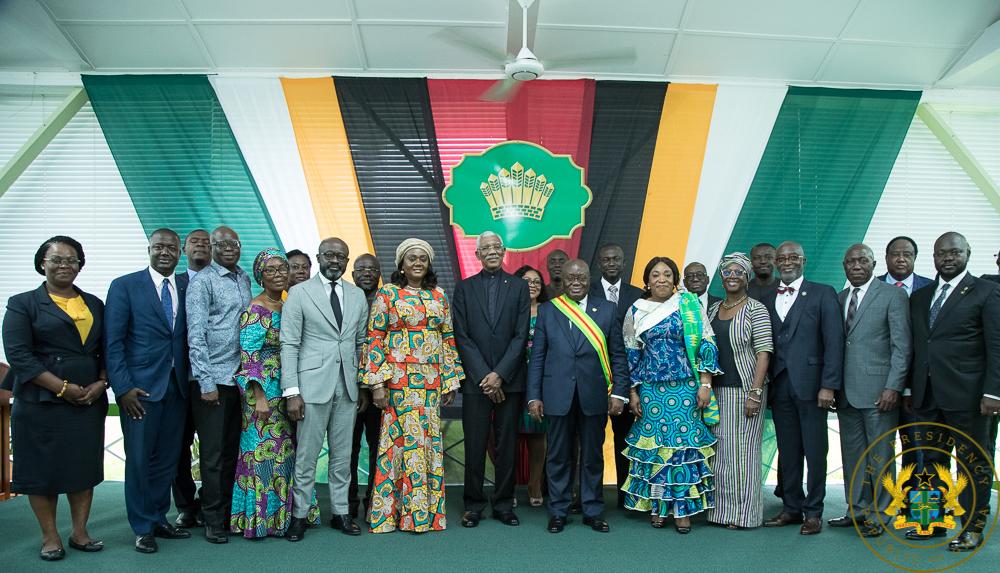 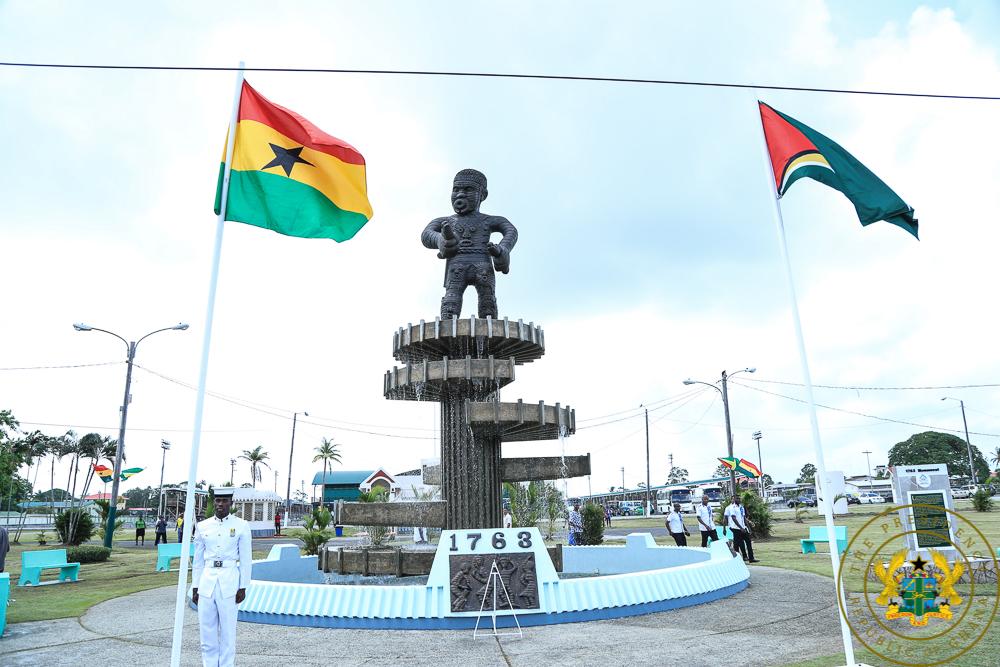 The 1763 Monument structure was built to commemorate the 1763 rebellion, also known as the “Great Rebellion”, that occurred on plantation Magdelenenburg in Berbice, Region 6. The plantation was located on the Upper Canje River, and was owned by one Madam Vernesobre. On February 23, 1763, the uprising, that is considered the first true attempt by slaves to fight for their freedom in an organised fashion, started. During the revolt, a household slave named ‘Cuffy’, also spelt ‘Kofi’, from plantation Lilienburg, quickly assumed a leading role in the rebellion, and organised a number of riots against plantations owners. The uprising lasted for more than a year before the Dutch were able to overcome the slaves. Today, ‘Cuffy’ is a national hero in Guyana. The anniversary of the Cuffy slave rebellion, 23 February, has been Republic Day in Guyana since 1970.