Ya Naa made ‘Goodwill Ambassador’ for road safety 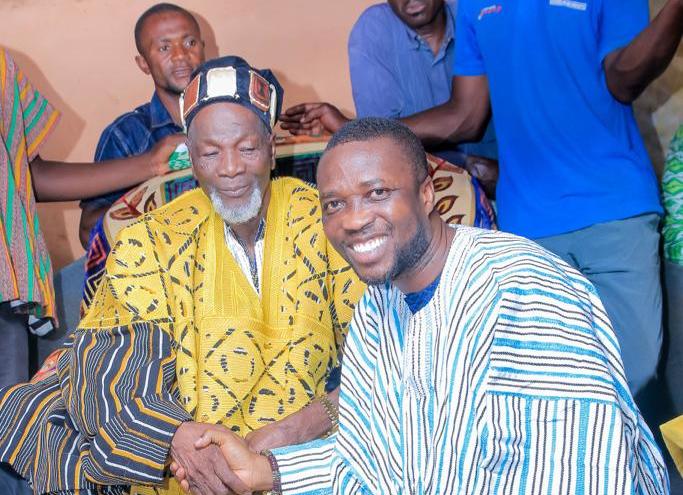 The National Road Safety Authority (NRSA) has conferred on the Ya Naa, Abukari Mahama II,   the title of “Goodwill Ambassador” for national road safety.

The title, which was conferred on him by officials of the NRSA at the Gbewaa Palace in Yendi, was in recognition of the Dagbon Overlord’s selflessness in offering counsel to road users and his commitment to improving road safety in the country.

The NRSA commended the Ya-Naa for ensuring peace in Dagbon and for consistently reaching out to the citizenry with messages on road safety wherever he traveled throughout the country.

Yaa-Naa backs use of existing voter ID for new registration

He expressed worry about the alarming rate of road accidents in the country and said about 6,844 road traffic crashes were reported for the first half of the year, which led to 1,252 deaths and 7,043 injuries.

“The idea behind the conferment of a Road Safety Goodwill Ambassador on our noble Ya-Naa Abukari is that, it is important to employ the voices and faces of nobility in influencing thoughts and attitudes, which will promote safer road use, leading to economic growth”, he said.

The Executive Director of the NRSA, May Obiri Yeboah said the Authority was working closely with other stakeholders, including the Police and the Driver and Vehicle Licensing Authority (DVLA) to train about 13,000 drivers on accident prone roads.

This, she indicated, would aid the ambassador’s efforts and curb vehicle crashes on highways, especially with the enforcement of laws from the police and other road safety institutions.

The Ya-Naa commended government, the NRSA, and other road governing bodies for their immense efforts towards ensuring the well-being of the citizenry.

He pledged his commitment and total support for campaigns promoting road safety in its totality to reduce road accidents in the Northern Region and Ghana as a whole.

The Ya-Naa urged vehicle users to obtain driver’s licence, register their vehicles, drive vehicles with proper mirrors and embrace the use of crash helmets when riding motorcycles.

Ghana denies ‘unfair treatment’ of Nigerians, foreigners in its prisons

Yaa-Naa backs use of existing voter ID for new registration