Finding out a partner has cheated may feel like the ultimate betrayal, but research suggests women who are cheated on actually “win” at life in the long run.

According to psychological research on the effects of break-ups caused by cheating, and who benefits in these situations, a survey of 5,705 people from 96 countries revealed interesting findings.

The study found there are actually quite a few scientifically-backed benefits for women who were cheated on – mainly because they are no longer with an unfaithful partner but also because women ultimately grow from the experience and learn to choose better mates in the future.

And the real loser, apart from the unfaithful ex, is the “other woman,” as she is the one that is with a partner who has proven to be unfaithful.

Spilling The Tea: I have cheated on my husband four times and I cannot seem to stop

According to Dr Craig Morris, one of the authors of the study: “The woman who ‘loses’ her mate to another woman will go through a period of post-relationship grief and betrayal, but come out of the experience with higher mating intelligence that allows her to better detect cues in future mates that may indicate low mate value.

So while it may hurt in the moment, as betrayal can be painful emotionally and physically – the overall outcome is often self-growth.

The study reports that six months to a year later, women who were cheated on developed a higher emotional intelligence – in addition to higher self-confidence.

Dr Morris said: “Most women who have lost a mate to another woman report a ‘silver lining’ of higher mating intelligence. What this means, in their words, is that they are more attuned to cutes of infidelity in a future mate, more aware of how other women interact with their mate, have more self-confidence and more self-awareness, and independence in general.”

Essentially, women who were cheated on develop “low mate value” detection skills – meaning their next partner will likely treat them a lot better.

And if that weren’t satisfying enough, the researchers also found the cheating partner’s new relationship most likely won’t last.

“Logic and anecdotal evidence suggest that the woman who poached a man from another woman will not have a successful long-term relationship in most cases,” the research stated.

Legislation not the solution to gender equality – Prof Akua Kuenyehia

Feature: 61 Years of Education in Ghana

Spilling The Tea: I have cheated on my husband four times and I cannot seem to stop 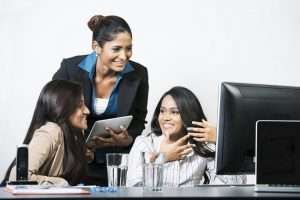 Feature: 61 Years of Education in Ghana