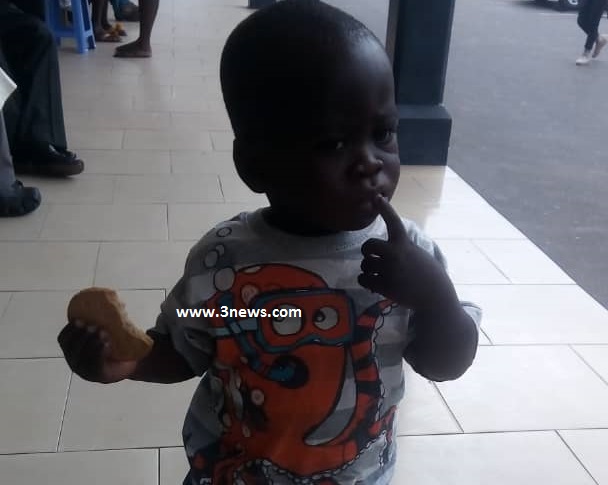 A woman said to be in her twenties has allegedly abandoned her child believed to be a year-old, at a Catholic Church in Takoradi in the Western Region. The boy who was abandoned at the Star of the Sea Catholic Cathedral at about 6:00 a.m. Monday, has since been handed over to the Department of Social Welfare by the church authorities. Eyewitnesses told Nhyiraba Paa Kwesi Simpson, host of Connect FM Omambapa morning show on Monday that they saw a woman loitering about on the church premises with the boy while the church was holding mass. According to them, they later realized the woman had disappeared from the scene, noting they least expected the woman was looking for the opportune time to abandon the boy. “I saw a certain lady who would be in her twenties holding the child around where Mary’s Statue is located with the child holding a bottle of coke, but nobody suspected any foul play,” a church member told our correspondent. The eyewitnesses said they later realised the boy had been abandoned there, noting that their suspicion heightened when no one came for the child, two clear hours after the mass ended. “We waited until 10 O’clock and when nobody surfaced to claim ownership of the boy, we sent him to the Takoradi Central Police Station where social welfare officials were invited,” another person said. Some officials of the church and others, our correspondent said, mobilised funds to send the boy to the Effia Nkwanta Hospital for medical examination before he was taken to an orphanage which will now be his new home. Meanwhile, our correspondent reported that the Administrator of the Catholic Church, Rev Fr Peter Kaitoo, who played a pivotal role in the handling of the case, has named the child Peter Marino. He is said to have given that name to the child because the incident coincided with celebration of the Virgin Mary.