The Inter-Party Resistance Against the New Voters Register is leading another demonstration dubbed #Wokp3n33Demo, in the Greater Accra Region after several other successful ones in other regions.

The motive of  the demonstrators who are composed of members of various opposition parties is to resist attempts by the Electoral Commission (EC) to compile a new voters register ahead of the 2020 elections.

Following the announcement by the Electoral Commission to procure a new Data Management System and consequently procure a new voters register, some opposition parties including the National Democratic Congress have kicked against the move.

They earlier staged demonstrations in Tamale, Walewale and in Kumasi to register their displeasure but that did not stop the Electoral Commission.

The intervention of the Electoral Commission’s Eminent Advisory Committee requesting the disputing parties to dialogue forced the group to put their serial demonstrations on hold.

However, they resumed their demonstrations after a meeting with the EC and other stakeholders ended in a deadlock; whereas the EC was bent on compiling a  voters register, the opposition parties insist it is needless.

Planned to start at the Kawukudi Park in Accra Tuesday, the venue was building up with huge numbers as of 8:00am with demonstrators wielding placards.

Below are pictures of the gathering gearing up for their #Wokp3n33Demo: Wokp3n33 is the Ga word for ‘we won’t agree’. 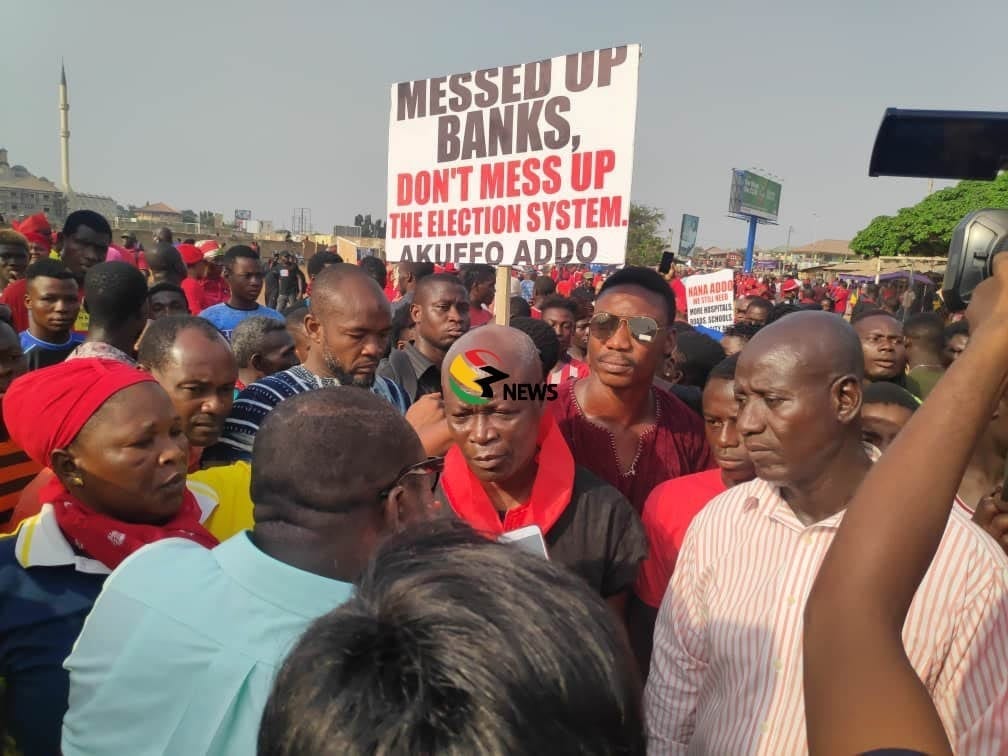