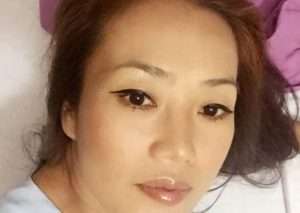 He was emphatic on Thursday that the loan arrangement was never tied to the Aisha Huang’s case.

The Chinese national was arrested in 2017 for her involvement in several illegal mining activities popularly known as galamsey when government reignited its anti-galamsey operation.

Aisha Huang was prosecuted but the case did not go the full haul; it was discontinued by government and she and her accomplices were deported.

Kwaku Asomah-Cheremeh said the decision to discontinue the court case was a prerogative of the Attorney General, and such powers vested in the AG cannot be questioned.

He asserted that the Attorney General is at will to enter nolle prosequi in any criminal case without being answerable to anybody.

Government received backlash for that decision on Aisha Huang but Senior Minister, Mr. Osafo Maafo defended the deportation at a recent event in the United States of America which made the controversy even murkier.

“Putting that lady (Aisha) in jail in Ghana is not going to solve your economic problems. It is not going to make you happy or me happy, that’s not important, the most important thing is that she has been deported out of Ghana,” he said in a widely circulated video.

Kwaku Asomah-Cheremeh at the meet-the-press series on Thursday mounted a strong defense for government’s decision, arguing that Gloria Akuffo, who is the AG, cannot even be questioned on that decision by the judge sitting on the case nor the Chief Justice, let alone lawyers.

He said the action was purely legal and grounded in law, stressing that the laws of the country were not in any way offended by government’s decision.

According to the minister, there has been a precedent in the past where government entered a nolle prosequi in a criminal case, insisting the laws of the country were not circumvented.

However, opponents of government’s action have not raised any legal argument, their concerns have purely been based on the morality of the justification the Senior Minister assigned to it.