Vision Soccer Academy are champions of the Emirate Challenge Season III after an incredible display of football knowledge. Abu Samuel, who got 24.5 points, defeated Rami Kofi Okyere Adusie, who had  19 points,  to emerge the overall winner in a three-round quiz section of intriguing questions. Abu Samuel took home the ultimate prize of two economy class tickets to the UK and two football match tickets for any fixture of his choice at the Emirates Stadium. The football trivia competition organised by Emirates features Glow Lamp Academy, Cheater FC and Charity Stars. The Emirates campaign provides young football athletes and enthusiast in Ghana the opportunity to showcase their football knowledge to a regional audience. Country Manager Cathrine Wesley was delighted and impressed with the performance of the contestants. “I am elated with the kind of knowledge these gentlemen have displaced to come this far. Knowledge is power and I will urge them to read more as they pursue their football career.” She added: “The Emirate Football Challenge is to give football enthusiast the opportunity of showcasing their football knowledge because they are absolutely brilliant [and] also to go to the Emirates Sports Stadium to experience an Arsenal game live and celebrate our shared passion for the sports.” Emirates has been committed to sponsorship around the world for over 30 years and football remains one of the most prominent sports within Emirates’ sponsorship portfolio. Emirates is the official shirt sponsor of Arsenal, AC Milan, Real Madrid, Hamburger SV and S.L. Benfica, and the title sponsor of the Emirates FA Cup. Abu Samuel disclosed he will be travelling with his teammate Rami to the UK to enjoy all the opportunities given by Emirates. “I will be travelling with my colleague and not any other person,” he said. “Thanks to Emirates for such initiative, they are teaching us not to learn how to play only but also having knowledge about the sports is equally important.” Glow Lamp Soccer Academy kept their heads after a nightmare opening and came to life when they beat Cheeter to qualify for the semis. But the team lacked sharpness in answering questions only for Vision FC’s Rami to prove beyond them to help his team clinch the final spot. There were penalties played in the finals aside the two rounds of questions given. Rami and Abu scored 3 and 4 respectively out 5. A management member of Vision FC, Obiri Kweku, explained the reason behind the success chalked by the team. “Vision FC will forever be the leaders and the winners in any competition because we train our players how to read and the essence of being committed to anything that they do and that is why we were the last academy selected but we are the first to be counted.” 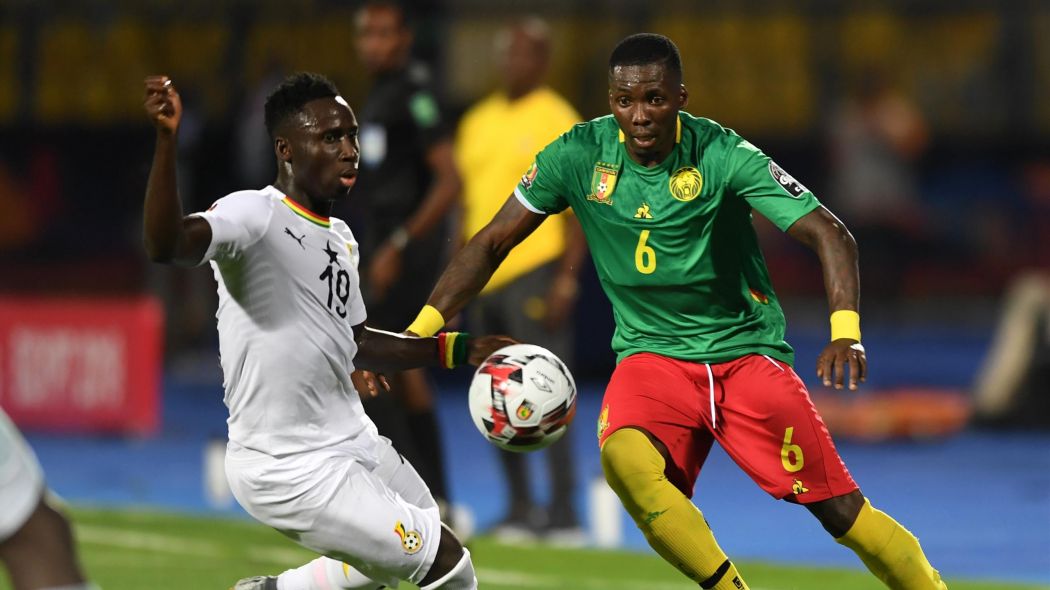 Vision Academy has produced some top-notch players for our national teams including Samuel Owusu and Michael Baidoo. By Daniel Nana Kwame Yeboah|3news.com|Ghana]]>