File photo[/caption] Director of Elections of the National Democratic Congress, Elvis Afriyie Ankrah, has accused government of drafting the vigilantism and related offences bill out of anger in the wake of pressure on it to end political vigilantism in the country. Attorney General (AG) Gloria Afua Akuffo in April presented before parliament the new bill seeking to criminalise and disband all forms of political vigilantism in the country. It came on the back of the increase in criminal acts by political thugs of the various political parties, and the recent Ayawaso West Wouguon by-election violence that triggered gunshots, injuring some persons. President Nana Akufo-Addo in delivering his State of the Nation Address asked his New Patriotic Party to initiate talks with the NDC in finding solution to the canker that has permeated the country’s politics. He warned a legislation will be initiated in the event the talks fail, but even before the talks could begin, he directed the AG to begin drafting the bill, which has now sparked debate in parliament with the minority making demands before the bill is looked at. They want government to publish the report of the Emile Short Commission which investigated the violent Ayawaso by election, arguing it will aid public discourse on the matter and also influence the content of the current bill. [caption id="attachment_125616" align="aligncenter" width="846"] 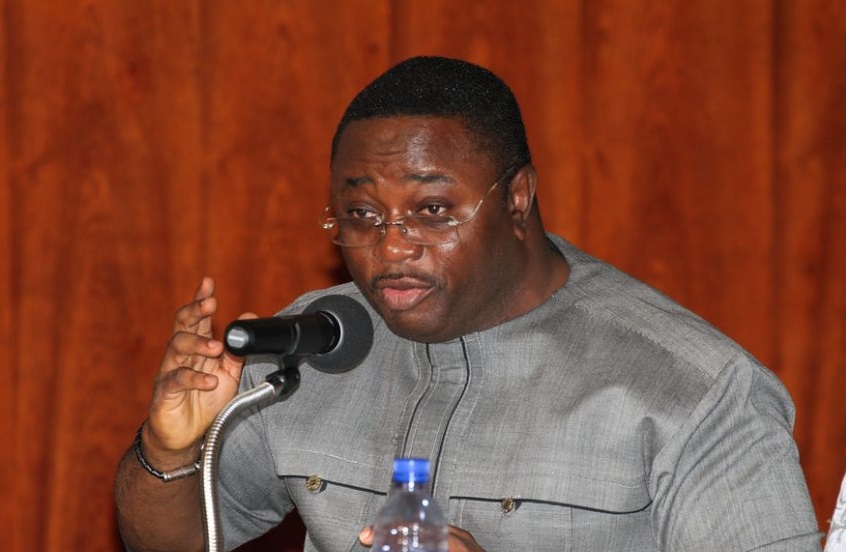 Mr Afriyie Ankrah[/caption] Speaking on Key Points news analysis show on TV3 Saturday, Mr. Ankrah said a more holistic approach ought to be adopted in drafting the bill, factoring in findings from the Emile Short Commission. He contended that the bill was rushed through and written out of anger following concerns raised by the minority with regards to swift measures to deal with vigilante activities. “When you read through this bill, you will see that the bill was written in anger, and when you do a bill targeted at specific situation and you do not look at the broader context, you will be creating bigger problems for yourself,” he said. He added: “They should publish the report. They should also let the Peace Council finish their deliberations so that it will be rich. We will have all these rich inputs form learned people so that, then we can have a composite solution”. The NDC firebrand said a critical analysis of vigilante activities ought to be done to ensure long lasting solutions are proffered.
READ ALSO:  Public confident in EC to deliver credible elections – CDD survey
Political power play Mr. Afriyie Ankrah accused government of capitalizing on their position to do what please them without regard to the minority. He said the NPP led government will be out of power, and things will change for the better, stating that it is unreasonable for any political party to nurse hopes of staying in authority eternally. “Mind you, NPP people should listen, they are not going to be in power forever. No matter what it is, they say we will be in power forever, we said those foolish things; it is foolishness for anybody to think you will be in power forever. “It is utter foolishness, God will make sure you are disgraced. God does not like pride,” he stated By Irene Amesimeku| 3news.com|Ghana]]>

‘Come jail me’ – Bullgod alleges ‘Jubilee House’ threatened him over...

Nothing can go wrong if you have a woman on your...