Cocoa farmers, chiefs and residents along the Elubo-Enchi corridor of the Western North Region are upset about the deplorable nature of roads in the enclave. In June 2018, government announced it had secured funding to construct the Enchi-Elubo road but work is yet to commence one year on. Enchi and Elubo are known for the production of timber, cocoa and foodstuff, but the towns in the area have been cut off from the rest of the country due to the deplorable nature of their roads, especially the 71-kilometre road connecting Enchi to Elubo. The road is the main link between the food production areas of the Western North region and other parts of the country but the communities along the stretch have not seen any major development. TV3’s Armstrong Alogbey visited the Western North enclave and reports that people walk long distances to reach their destinations because commercial vehicles have stopped using the roads. “Due to the deplorable nature of the road, some vehicle gets stuck in the mud anytime they are driving on the road. A journey that should have taken two hours is now taken six hours to commute,” a passenger explained.

According to our reporter, farmers and users are upset about the bad nature of the roads. A nurse and a police officer who could not hide their frustrations commuting on the road told the news team “this road has been a burden for us. When the time is due to go for your vaccine, the vehicles that are supposed to go in and out are not going”. The officer said “being a police officer around here is not easy. Transporting suspect in and around here has not been easy”. Member of Parliament for Aowin constituency, Mathias Kwame Ntow, explained that he lobbied for the roads to be awarded on contracts when NDC was in power but it has since been abandoned. “I lobbied during the time of my party (NDC) and a new contractor was brought…he started but unfortunately, it was close to the election so when the election was over, the man just packed [from site]”, he said. “I only hope that something good might come up”, he added. 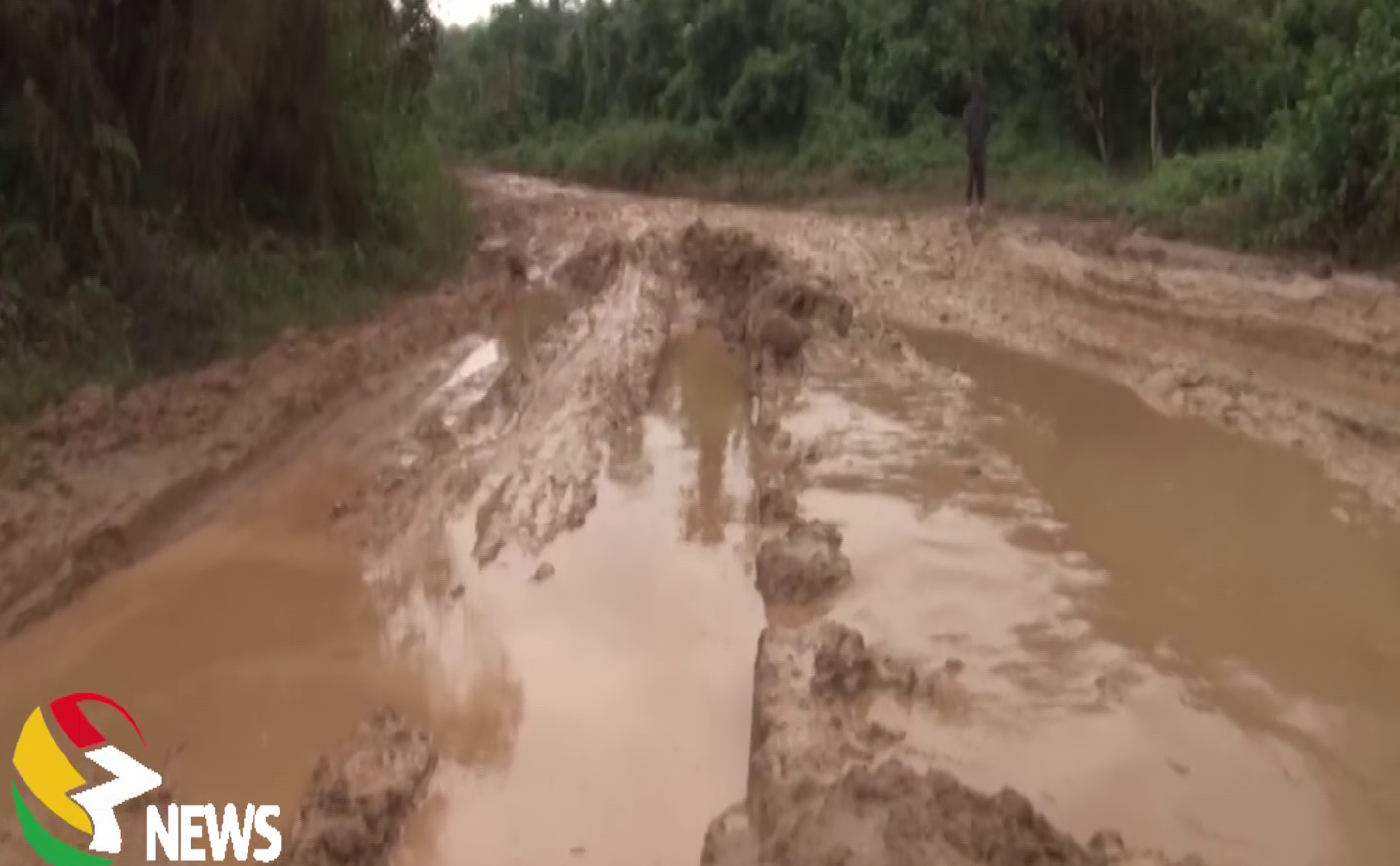 Meanwhile, the Municipal Chief Executive for Aowin, Samuel Adu-Gyamfi, said the president has given them an assurance the road will be fixed, noting “the budget has captured it and it shall be done”. He observed the importance of the road. “It is an international road. It is an important road and that the president has it at his heart”, he observed. By Kweku Antwi-Otoo|3news.com|Ghana]]>