Police personnel manning Ghana’s borders to Burkina Faso at Hamile in the Upper West Region on Sunday arrested a Burkinabe with a loaded handgun at the Hamile Roman Catholic Church. The suspect, 55-year-old, was arrested at around 8 am, after members of the church raised alarm about his suspicious behaviour during the church service. This arrest comes amid the increased threat of terror attacks at churches in the sub-region. Four persons were killed in an attack on a Catholic Church in northern Burkina Faso late May, marking the latest in a string of assaults on Christian places of worship. There have been fears that such attacks could spread to northern Ghana as some Burkinabes migrate there in search of some refuge. 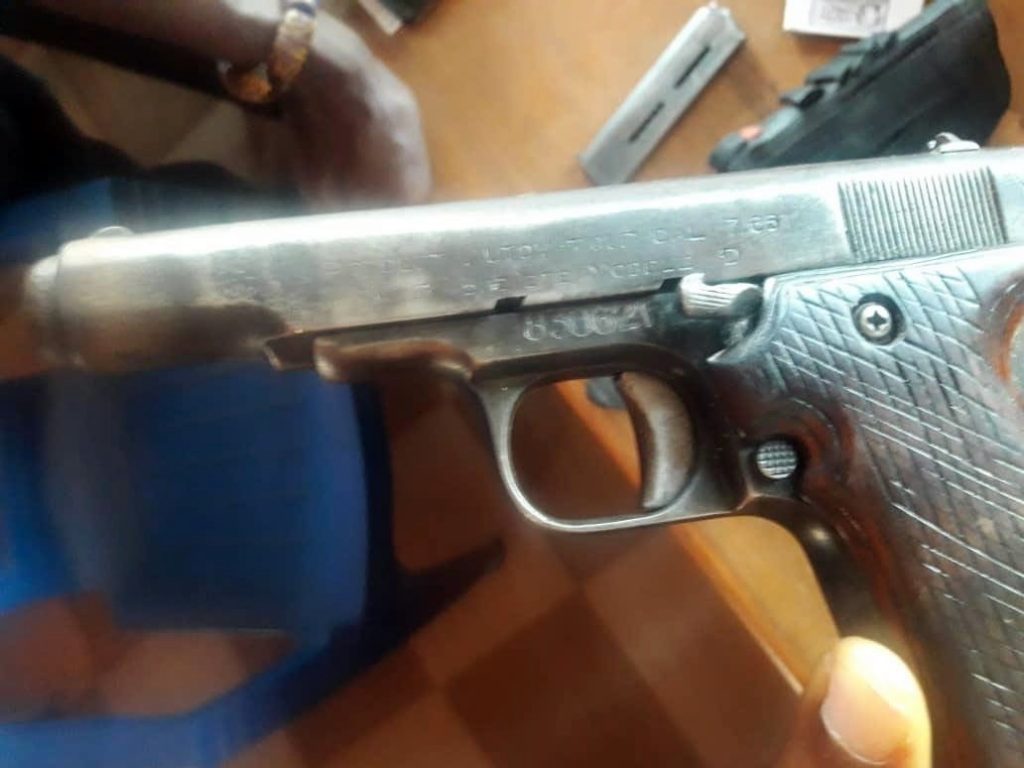 The Crime officer of the Jirapa municipal police command, DSP Richard Dapilah told Citi News that communities like Hamile were wary of terror threats following recent trends. “We have placed them all on high alert because of the attacks in Burkina Faso and other Sahel countries,” he said. The crime officer noted that the suspect is under investigations and will be processed for court immediately investigations are over. “During his interrogation, he told me he acquired [the gun] in  Burkina Faso and licensed it there. He showed us the documents. We are holding him currently for possessing a firearm without authority.” Church Security The terror fears have led the police to even suggest the banning of bags from churches. Police in the Central Region called on the clergy to consider banning the use of bags in churches to reduce the risk of an attack. Observers have also urged churches to improve security in churches and worship centres over possible terrorist attacks. Security agencies in the country have met the leadership of the Christian community to discuss how to enhance security at the various churches in the wake of the concerns.