The United States and China have agreed to resume trade negotiations, easing a protracted row that has fuelled a global economic slowdown.

US President Donald Trump and Chinese President Xi Jinping reached the agreement on the sidelines of the G20 summit in Japan. Mr Trump said the talks had been “excellent”. He had threatened to impose an additional $300bn (£236bn) in tariffs on Chinese imports. US and China – the world’s two largest economies – have been fighting a damaging trade war over the past year. Mr Trump accused China of stealing intellectual property and forcing US firms to share trade secrets in order to do business in China. China, in turn, said the US’s demands for business reform were unreasonable. The feud escalated in the months leading up to the summit, after talks between the two countries collapsed in May. Speaking after his meeting with Mr Xi at the summit, the US president said negotiations were “back on track”. “We had a very good meeting with President Xi of China, excellent, I would say excellent, as good as it was going to be,” Mr Trump told reporters. “We discussed a lot of things and we’re right back on track and we’ll see what happens.” 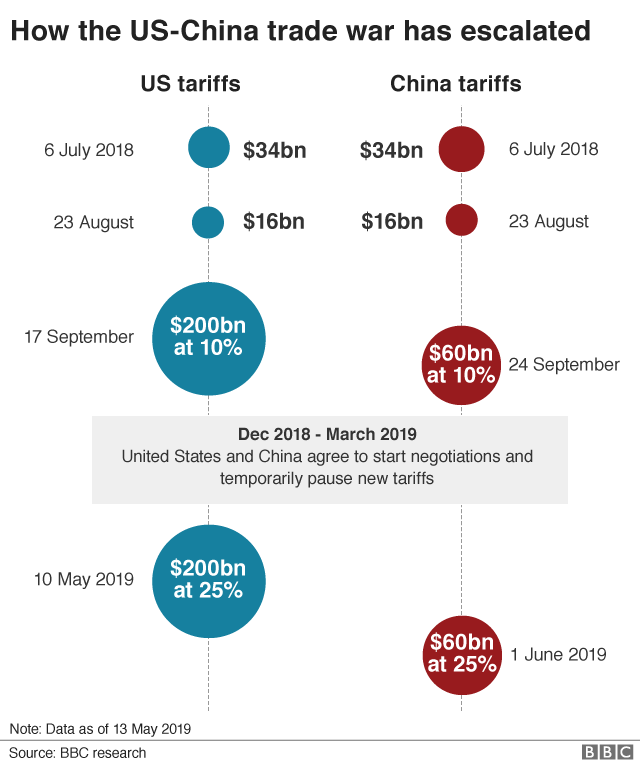 In a statement, China’s foreign ministry said the US had agreed not to impose new tariffs on Chinese imports, although the US has not confirmed this. It added that negotiators from both sides would discuss the specific details, but did not elaborate. China’s official state news agency Xinhua also quoted Mr Xi as saying: “China and the US have highly integrated interests and extensive co-operation areas and they should not fall into so-called traps of conflict and confrontation.”
READ ALSO:  Trump and Kim start Vietnam summit with dinner
Source: BBC]]>