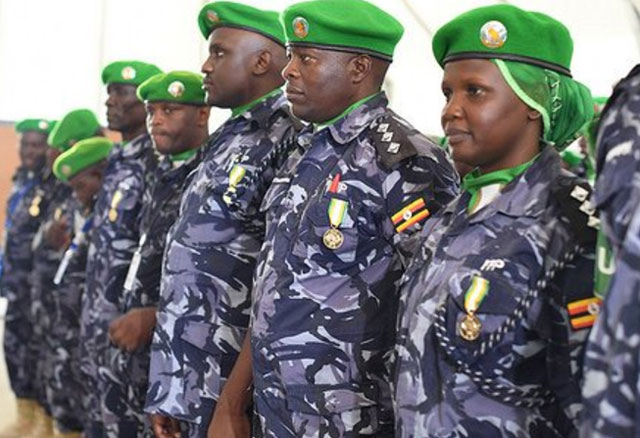 Uganda has lowered academic requirements for police recruits in order to deal with desertion and “deal with indiscipline”, news site Daily Monitor reports.

Police spokesperson Fred Enanga said the move was informed by a study done by its human resource division.

“The study found out that constables with senior six academic [A-Level] certificates were a bit low on productivity and also use the police as a springboard to other careers,” Mr Enanga said.

Officers in the entry level constable rank will now only be required to have an O-Level Certificate instead of the higher Advanced Uganda Certificate of Education.

The recruits with A-level certificates have also been demanding better standards of service and many often desert or seek early retirement, thus leaving the force depleted, the Daily Monitor reports.

The police aim to recruit at least 4,000 constables and 500 learner assistant inspectors of police in an exercise that kicks off next week.

In 2000, a judicial inquiry into corruption in Uganda’s police force recommended raising the minimum education level of constables from O-level to A-level.

“With regard to recruitment, the commission found that the minimum qualification of O-level is no longer sufficient and this was exemplified inter alia by the poor calibre of officers who could hardly speak English during the proceedings,” the report said.