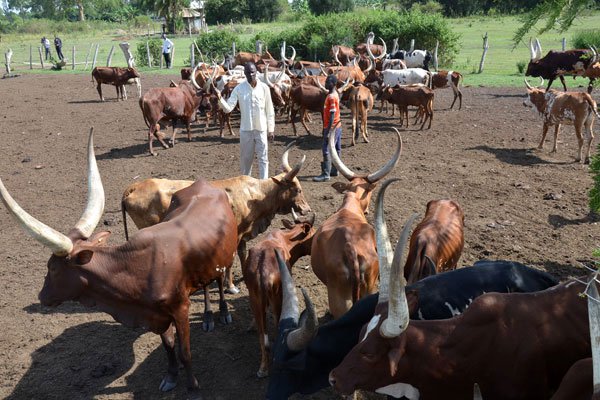 Government has announced plans to register all farmers and their cows for traceability of their products and to enable them benefit from the international market. The Minister for Agriculture, Animal Industry and Fisheries, Mr Vincent Ssempijja, while speaking at the official opening of the National Agricultural Show at the Source of the Nile grounds in Jinja on Tuesday, said the international market demands that all countries producing foodstuff and crops for the European market produce its traceability.

‘‘They want to know where the products are coming from; they have been impounding and banning all consignments from Uganda if they find one box with issues,” he said. The minister added: “Farmers will be registered and their products given barcodes so that if they find a problem with one box, they look for the source and sort out the problem. We cannot enter lucrative market unless farmers register.’’
Mr Ssempijja added that all the cows must be registered and given birth certificates. ‘‘For cattle farmers, it is going to be worse. You will be registered as a farmer, the cow will be registered, numbered and will have a birth certificate because the importers of our products demand meat for cows aged between 15 to 24 months. So we are going to sell depending on their age,” he added.
According to Mr Ssempijja, an audit team from the European Union is expected in Uganda in September this year to ensure that all farmers producing commodities destined for Europe are registered. ‘‘Apart from traceability of the products, the team also wants to ensure that farmers benefit directly because many of them are cheated by middlemen. Government will not cater for those who defy the order when it comes to markets,” Mr Ssempijja said, refuting allegations that the registration exercise is aimed at cheating farmers through imposing a tax on them which was scrapped on July 1.
READ ALSO:  Why travel pregnant when you can get best of care in Ghana? Premier CEO asks
In his message delivered by the Prime Minister, Dr Ruhakana Rugunda, President Museveni said Ugandans need to be more competitive in order to effectively and sustainably penetrate the international market. “People want to know what they are buying to eat, where it is coming from, its quality and what they are spending their money on. Registering farmers is a major requirement; we cannot do without it and if we ignore it, we will lose to competition in the international market,’’ President Museveni said. The Food and Agriculture Organisation (FAO) representative in Uganda, Mr Antonio Querido, said Uganda needs livestock traceability for better agricultural product transaction on the international market.
STATISTICS Agriculture is one of the important sectors for Uganda’s economy in terms of employment, food security and wealth creation, contributing 25 per cent of the national GDP and employing over 70 per cent of the population. Its export earnings rose by 9.6 per cent to $3.93b between July 2018 and March 2019 – up from $3.59b a year earlier. President Museveni attributed the increase to a raise in export volumes of coffee, tea, maize, beans and the continued investment in agriculture. Source:www.monitor.co
]]>