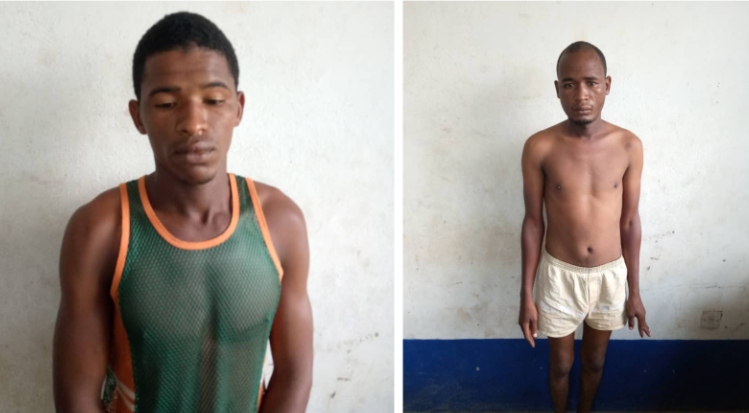 Police in the Savannah Region have arrested two suspected armed robbers said to be operating on the Sawla-Wa highway.

Their names have been given as Yakubu Haruna, 24 years and 18-year old Seidu Haruna.

The arrest has been hailed by the people in the area who have described it as a great breakthrough in the fight against robbery in the Sawla-Tuna Kalba district.

He said one Kwabena Baah who is a driver of a Kia Rhino truck registratered AS 4014 – 16, was traveling from Tuna towards Wa with two of his sales assistants to distribute crates of Guinness.

On reaching a section of the road at about 4:30pm at the outskirt of the Yipala village, he was suddenly crossed and attacked by two masked armed men.

They were said to be wielding guns.

The robbers, according to the Police, succeeded in robbing the victim of his 15,000 cedis and a mobile phone valued at 450 cedis.

According to DSP Tanko, police received a telephone call from Yipala village that some youths of the community have gone to arrest two men loitering close to the robbery scene and suspected them to be responsible for the robbery.

“Police immediately proceeded to the village where the two suspects were handed over to Police for investigations,” DSP Tanko e said.

He added “a soldier’s bag containing a jeans trouser, a black canvas and Aloba Apsonic motorbike No. M – 19 – UW 5632 were retrieved from the suspects”