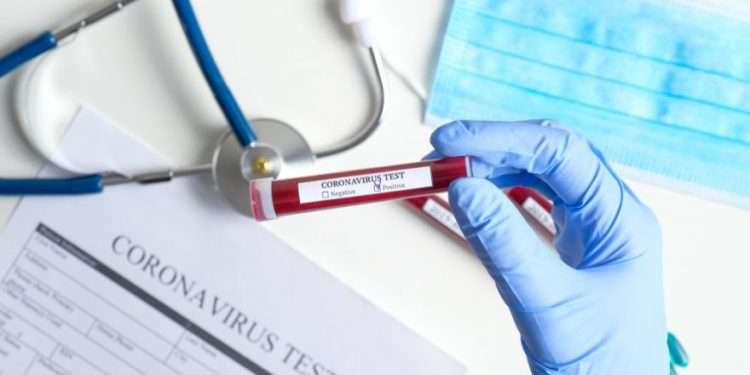 Two healthcare workers and two other persons have been infected with the deadly novel coronavirus in the Upper East Region, bringing to three the number of health professionals with the disease in the region.

Three of the four new cases which were recorded Thursday were contacts of the first case in the Region, the regional covid-19 situation report by the Ghana Health Service revealed.

The new data from the region is yet to be added to the national tally of 641 cases. Though there have been updates in the last 48 hours, the figure has remained the same.

With the new four cases, Covid-19 cases in the Upper East region now stand at 8 with one death.

The deceased is said to be a known diabetic and hypertensive patient. She died on April 8, just a day after specimen was taken for testing.

“The first four cases are clinically stable and responding to treatment at the treatment center in the Regional Hospital, Bolgatanga,” the report sighted by 3news.com said.

Of the 4 new cases, two are have been put on admission, while one of the health workers has been flown to Accra for care. No reasons were given but it is believed the person is in critical condition.

According to the Regional Health Directorate, a total of 144 samples had been taken for testing at the KCCR as of April 14.

Results of 82 have been completed of which eight have tested positive for the virus while 74 came out negative. Results of 62 more persons are pending.

Seventeen of them, according to the Ghana Health Service, have been cured clinically having tested negative twice after they received treatment.

It said 66 more have tested negative once and awaiting second test based on which they will be discharged as cured should the results come out negative.

A total of 548 cases have been categorised as mild disease and are on treatment while the condition of two of them are said to be “moderate to severe cases. None in critical state”.

Eight of the infected persons have however died.