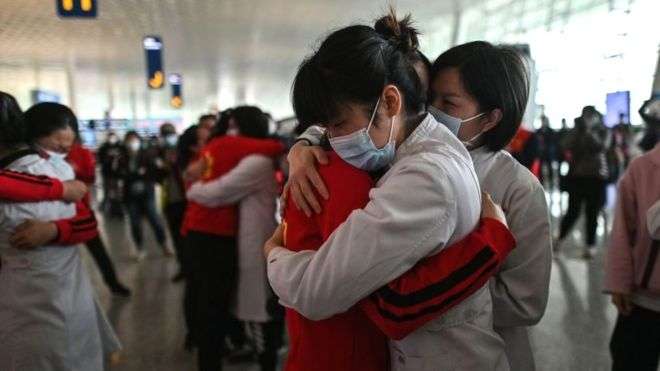 The Food and Drugs Authority (FDA) and the Achimota Divisional Police Command have apprehended two Chinese nationals at Kisseman, a suburb of Accra, for producing unregistered Personal Protective Equipment (PPEs).

The two, a man and his wife, have been producing the PPEs in commercial quantities without approval from the FDA.

The arrest was based upon a tip-off.

The Head of Drug Market Surveillance Department at the FDA, Edward Prah Ashong, who confirmed the arrest to Onua FM’s Yen Sempa on Thursday, explained that “it is true we have arrested some Chinese like that and investigations are ongoing”.

He said “we had the information that Chinese in Kisseman were packaging nose masks and hand sanitizers and were sending into the market so we stormed there with the police around 3:30pm yesterday [Wednesday]”.

Mr. Prah Ashong told Yen Sempa host Bright Kwasi Asempa that “they do them on large scale. We saw thermometers, hand sanitizers and nose masks so we asked how they got those items and they said they run an NGO that donate items to communities, hospitals, organizations, among others so we requested for their documents but they could not produce them readily so are waiting for these documents”.

“We also saw almost 20-footer container parked with some PPEs and they said they were taking them to Burkina but they are not locally made,” he explained.

The FDA official added that the police at this moment arrested the two and sent them to the Achimota Police Station for further investigations.

“The nose masks were imported but as to whether it has been registered is the issue, and also how it got into the country is what we are investigating because some of the nose masks had expired”.

He noted that samples of the PPEs have been taken to lab for testing because there are standards for the production of these.

“If we establish any criminalities, we will let the police prosecute them because we picked the samples of the nose mask to lab for test and if it falls below the standard, we shall prosecute them,” he explained.

He said they saw three Ghanaian workers in the house during the operation.

“There were three Ghanaians workers, driver, house help and security but later, two Ghanaians also came and said they were the owners of the items in the truck.”

Mr. Ashong said the Chinese, who were in their 60s, told them they have been in Ghana for the past 20 years.

“The lady is called Wendy and they claim they have been here for 20 years. They also claim the property they are living in at Kisseman belongs to them because they acquired it tree years ago.”

COVID-19: 10 out of 33 medicine we submitted accepted – Herbal Medicine Practitioners