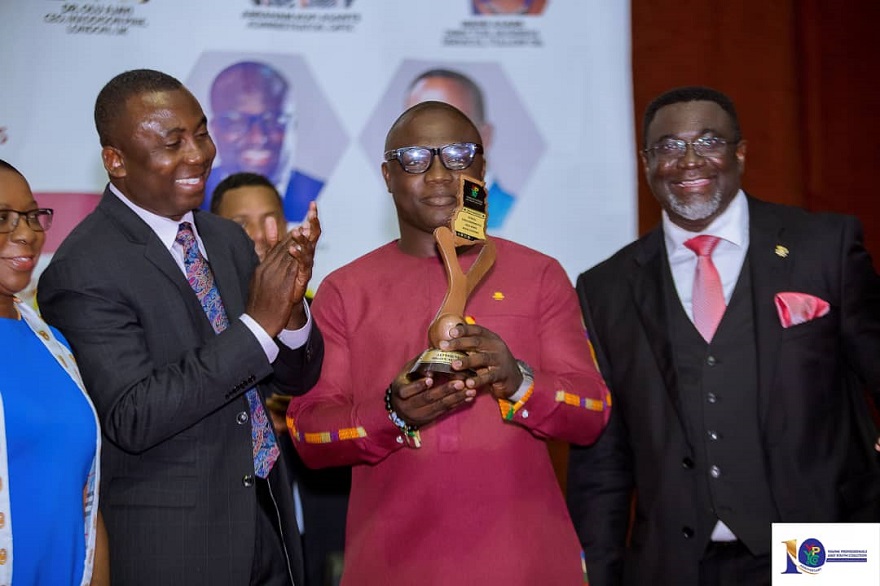 TV3 primetime news anchor and head of business desk Alfred Ocansey, has won the Overall Young Professionals Role Model Award. He received the award for the male category at 10th Young Professionals Transformational Leadership Conference in Accra at the weekend. More than 8,000 students from across six tertiary institutions across the country voted for Alfred for his passion in sharing his life lessons with the youth, dedication to impacting lives through his work as a journalist. Alfred Ocansey spends two days every month in different tertiary institutions, taking part in talk sessions and experiential teaching for students to understand the practical demands of the world of work. He has, through his work, helped six children to be taken off the streets with educational scholarships to support them to the university level. [caption id="attachment_137645" align="aligncenter" width="619"] 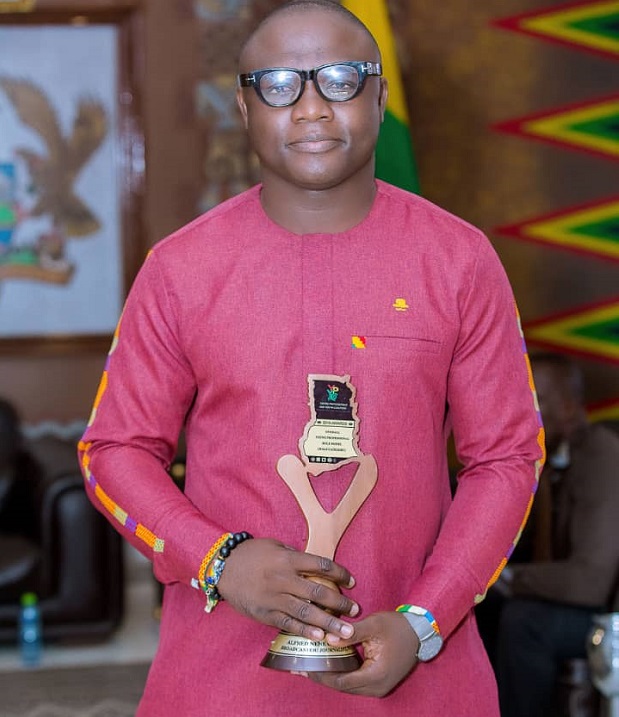 Mr Ocansey is also a 2019 Washington Mandela Fellow[/caption] Aside his professional duties at Media General, Alfred leads the team that founded the NIGHT SCHOOL, where together with his four friends, teach 17 children on the streets and from poor homes after work. He was recently selected by the U.S government through the United States State department for the 2019 Washington Mandela Fellowship, an experience he says, has impacted his social and professional life greatly. 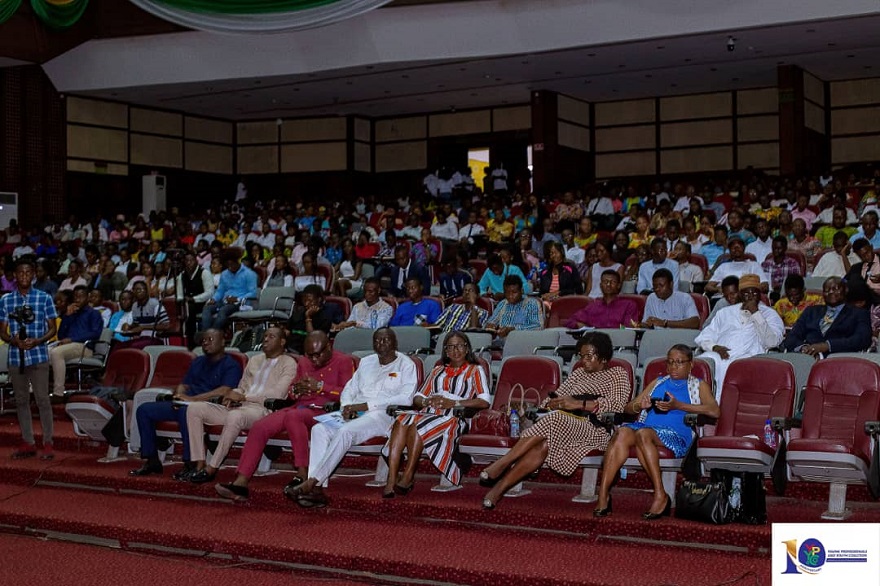 Other awardees at the event were former President Jerry John Rawlings and the Asantehene, Otumfuo Osei Tutu II, for being exemplary models to the youth in political and traditional governance, respectively. Mr Rawlings, whose award was picked on his behalf by Dr Benjamin Kumbour, a former Minister of Defence, was celebrated for his feat in Political Leadership and Youth Development. The Asantehene was, however, the toast as the role model in Traditional Transformational Leadership. Mrs Irene Asare, Director of Business Services for Tullow Oil, won the Overall Young Professionals Role Model Award in the Female version. Mr Andy Osei Okrah, the founding president of YPYC, said it was committed to bringing together the youth to network as a stronger force for the much-needed transformational leadership that Ghana and Africa needed. It was the youth, he said, who could change Ghana from being a third world country into a first one, should they receive the necessary support and mentoring. He, therefore, urged them to develop innovative ideas and projects to enable them to become strategic and transformational leaders.

Akufo-Addo is a better president than Kwame Nkrumah – Agya Koo