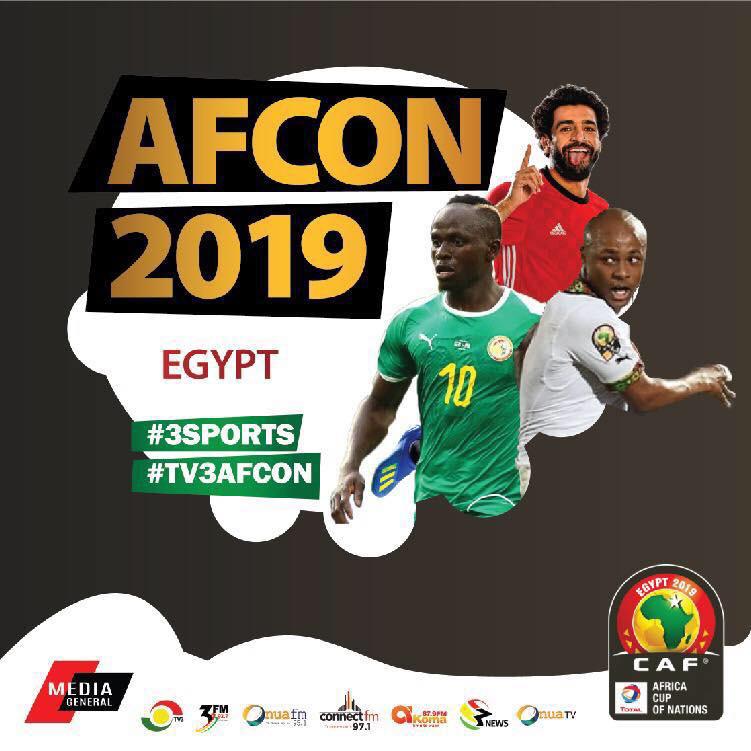 TV3 says its signals on all decoders and satellite television sets (Direct-To-Home) will be disabled during the live broadcast of the ongoing African Cup of Nations (AFCON) in Egypt.

Managers of the leading television station, Media General Group, explained in a statement Saturday evening that the rights secured by the consortium enables TV3 and other to broadcast the matches live only on free-to-air television in Ghana.

In view of the fact that TV3’s satellite channels broadcast beyond Ghana, the station resolved to deactivate the said channels during AFCON matches to avoid flouting the broadcasting rights secured by the consortium which includes GBC and other TV stations in Ghana.

“To ensure that we do not flout these rights…signals of TV3 would not be enabled on Direct-To-Home (DTH) or decoder enabled platforms during broadcast of AFCON matches,” the statement by indicated.

However, viewers can still watch the AFCON matches on the free-to-air channel of TV3.

Management of the Media General Group have meanwhile apologised to those who would be affected by the deactivation of the TV3 channel on satellite and decoder platforms like DSTV.

A journey filled with struggles; Abraham Wayo’s rise to a GPL star