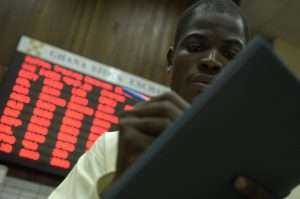 Top business executives in Africa say they are positive about the local business conditions and intra-regional trade levels in the next 12 months.

More than 84% of executives surveyed said they feel “positive or very positive” about local business conditions in the year ahead.

A 78% of them are expecting their companies to make a significant investment in the months ahead, up from 74% for last year in the Business Barometer carried out by Oxford Business Group (OBG).

The global research and consultancy firm asked 787 top executives in eight countries across the continent a wide-ranging series of questions on a face-to-face basis aimed at gauging business sentiment.

Seventy-two per cent of the interviewees were confident that the African Continental Free Trade Area (AfCFTA) would have a positive or very positive impact on intra-regional trade levels.

The deal aims to establish a single continental market for goods and services, and ease the free movement of business people and investment.

While business sentiment was largely high among respondents, the executives interviewed by OBG were aware that key external events could weigh on African markets in the short to medium term.

The majority of those interviewed (38%) cited a rise in oil prices as the event most likely to impact their economy, with executives in oil-producing nations such as Nigeria, Algeria, Ghana and Kenya accounting for most of these respondents. Chosen by 23%, instability in neighbouring countries came second.

Job creation is a key target of the AfCFTA and all the more pressing, given that 10m – 12m young people enter the regional job market every year.

More than one-third (36%) of executives interviewed identified leadership as the skill in greatest need, with research and development, and engineering both selected by 14% of respondents.

Commenting in her blog, Souhir Mzali, OBG’s Regional Editor for Africa, said the reasons for optimism among business leaders were multiple, ranging from rising interest in the continent from China and beyond, and the investments that have ensued to the rollout of public investment programmes for infrastructure.

The AfCFTA, she added, while far from challenge-free, had the potential to significantly boost trade volumes.

“As it stands, Africa lags behind other regional blocs when it comes to trade, accounting for a mere 16% of intra-continental trade volumes, compared to over 50% in Asia and over 60% in Europe,” she said.

“There remain many challenges to navigate before the AfCFTA’s benefits can be fully felt, from infrastructure gaps and unreliable power supply, to heavy administration and corruption.

However, with the AfCFTA expected to be implemented within a month after the required signatures reach the African Union headquarters, Africa has much to look forward to.”

“Only 22% of the continent’s households have access to the internet,” she said. “With one in four people on earth expected to be living in Africa by 2050, filling these digital gaps has become more pressing than ever given the growing social and economic significance of digitalisation. Supporting Africa’s digital revolution with the required jobs to carry it out is of utmost importance.”

How AfCFTA could create millions of African millionaires