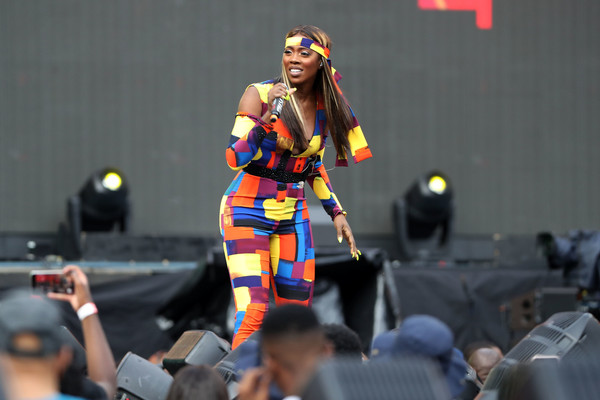 Nigerian songstress Tiwa Savage has bailed out of a DSTV festival she was billed to performance in South Africa, citing the outbreak of xenophobic attacks in the southern African nation. In a twitter post Wednesday, September 4, Tiwa Savage stated she will not perform at the DSTV Delicious Festival in Johannesburg following recent violent attacks in parts of the country which has led to looting of shops and destruction of properties belonging to foreigners. Describing the condemned the attack, describing it as a barbaric and sickening act, and called on security forces to resolve the issue.

I refuse to watch the barbaric butchering of my people in SA. This is SICK. For this reason I will NOT be performing at the upcoming DSTV delicious Festival in Johannesburg on the 21st of September. My prayers are with all the victims and families affected by this.

Meanwhile, South African rapper AKA, Nigerian rapper M.I, singer Burna Boy, Wizkid, Davido and some other celebrities have also condemned the attacks which has led to the killing of five persons and the arrest of over 180 people.

I pray for healing.. our continent has been hurt so much and we are acting out from pain!!! 💔 Say NO to Xenophobia!!!


And my people! Pls say No to violence! No violence pls. We all need each other. #SayNoToXenophobicAttacks ! One love! ❤️one Africa!

We can say “AFRICA UNITE” all we want. We need REAL, PRACTICAL solutions to fight Xenophobia.