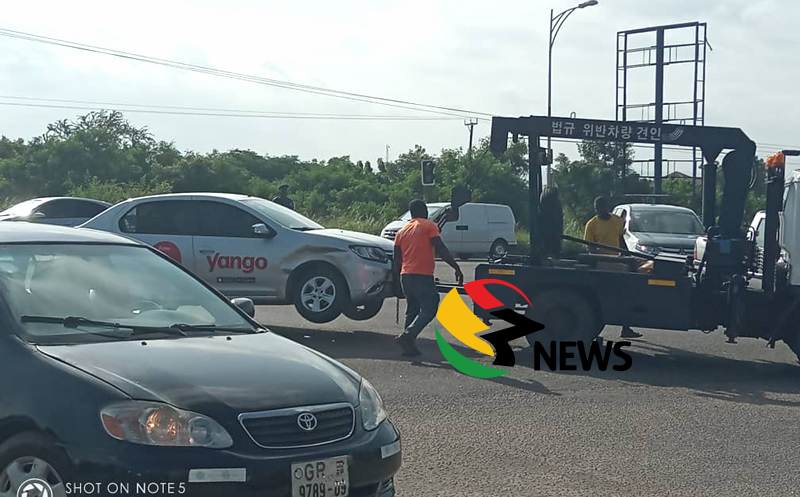 Yango, a technological ride-hailing App in Europe which launched its taxi service onto the Ghanaian market on Thursday, June 6, 2019, has received its first share of the country’s road crashes. On Saturday, June 8, at about 3:30pm, a tipper truck loaded with sand from Okponglo crashed into about 5 vehicles, including a Yango taxi with registration number GT 8244-17 at University of Professional Studies, Accra (UPSA) junction leaving two passengers in critical condition. Though the police are yet to establish the main cause of the accident, some drivers and passengers who were involved in the accident blamed it on the tipper truck. Kwame Owusu, a trotro driver whose vehicle was badly damaged narrated how he saw the accident.

“We were all following from Okponglo, but reaching here the vehicles from different directions were trying to maneuver their way out at the junction. So, we need to be patient but all of a sudden I saw this tipper truck driver coming with top speed but there is no space for him to go. So, I realize where I was if I don’t balance myself, he will smash my vehicle so, I tried to swerve but he was still coming to my direction. He first tried hitting the sprinter bus behind me and the bus swerved and truck smashed my bus injuring two persons,” he recalled. “So far the entire back and front of my car is condemned. 5 vehicles in all were involved in the crash,” he added. Peter, the Yango taxi driver narrates how it happened. “I was driving from Atomic Haatso road, I saw that the vehicles have stopped at the junction, there was a pickup also coming from UPSA, I was also trying to go onto the UPSA direction. That was when I saw that the tipper truck fails brake from the top coming towards us and he crashed into us, about 5 cars”, he highlighted. 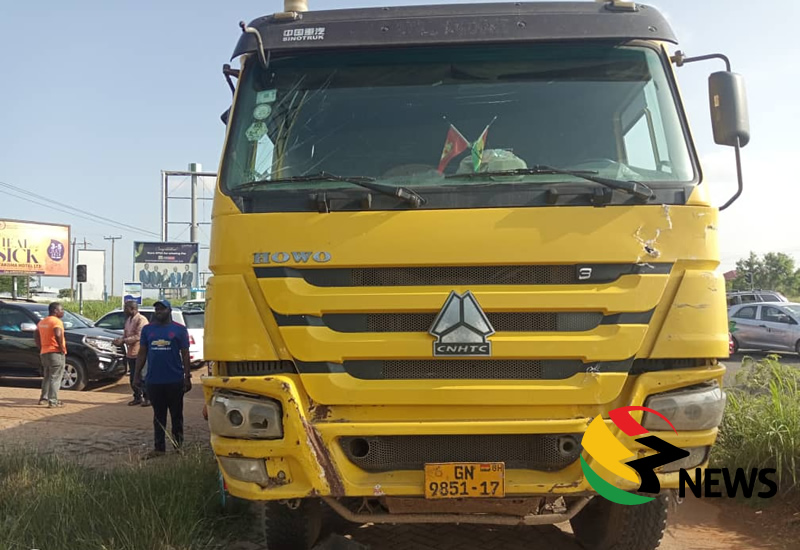 Jemila, the horrified passenger of the Yango taxi,  had this to say: “We were coming from Atomic junction, the traffic light is not working and there is no policeman there to check the traffic or anything. But all I saw was other vehicles stopped for my car to turn into the IPS road. “And then a big truck from nowhere came to hit about 4 cars before it hit my car. Nothing has happened to me, I am fine but I think two or three people were hurt because of the impact of the big truck. “Honestly I was shocked, I was very shocked, I couldn’t move, I couldn’t do anything I was just looking at the car coming to me and it was just like a horror movie.” The injured were sent to Legon hospital for treatment.

READ ALSO:  [Photos] 5 killed on the spot as truck rams into taxi in Takoradi
By Marshall Bobobee | 3news.com]]>