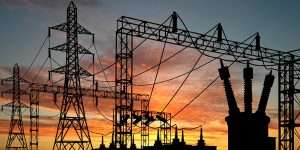 Mechanical challenges have forced operators of one of the thermal plants within the Aboadze power enclave in the Western Region to cut down on electricity generation by 50 per cent.

Workers of the TICO/TAQA T2 thermal plant claim management disregarded technical advice to shut down the plant for repair works when oil leakage was detected in one of the valves, leading to fire outbreak.

According to them, the 330-megawatt capacity plant has since November 2018 been generating only 150 megawatts of electricity on an average due to what they claim to be managerial indiscretion.

On 19th September 2018, management’s attention was drawn to oil leakage on the HRSG 32 bypass stop valve and advised to shut down it down to repair the leaks.

But according to the workers who spoke on condition of anonymity, management ignored advice from the team on duty.

As a result, there was a fire outbreak which rendered the HRSG 32 unavailable for days causing huge financial loss to the company.

On November 3, 2018, the workers say the STG MSCV also failed. This rendered the STG Unit unavailable for over three months because spare parts were said to be unavailable on site.

According to the workers, the technical team alerted management ahead of time, but nothing was done about it.

“Due to this 311,040mwhrs was lost in the 108 days the STG MSCV failed. But we could have fixed the problem in just six days if the necessary spare parts were available” one of them said.

An accessory gear failure on the GT31 unit on December 20, 2018 resulted in forced outage for over four months, something they attributed to bad managerial decision.

“The original manufacturer of the GT31 unit, which is Flender, was billed for repair works. Unfortunately, management kept postponing the schedule and this resulted in a failure of the generator bearings of the GT31”.

The workers who are not happy by the way management has been handling what they say are “avoidable incidents”, planned to demonstrate to push for the removal of the Managing Director, Ernest Osafo and the Plant Manager Nellissery Krishman.

Executives of the local chapter of ICU, however,  managed to convince the workers to suspend the planned demonstration.

A compromise was reached between the workers and the executives, which was that only the executives were to wear red arm bands to register their disquiet over the “bad management decisions”.

But seven of the fourteen executives were subsequently interdicted for three months over alleged illegal industrial action among other things.

“… you have been interdicted with immediate effect pending investigations into your involvement in the event which occurred on 17th May to 24th May, 2019 in respect of the following: illegal industrial action, breach of collective agreement, breach of standing negotiating committee rules and unfair labour practice”, an interdicted letter signed by Ernest Osafo General Manager of TICI/TAQA read in part.

Deputy Plant Manager Joseph Ackon said the plant is currently operating at 50 per cent of its capacity because of maintenance works being carried out.

Meanwhile, when contacted to comment on the matter, Mr Osafo said “TAQA has received various allegations and all have been noted,” and said that they take “the issues seriously and will work with all its stakeholders to investigate”

The investigation, he said, will be to find out what has gone on and ensure a resolution to the matter.

On the interdiction, he said, stated the seven executives were interdicted because they “violated rules of engagement”.

He declined to comment on why he has failed to recuse himself being a party to the allegations.

But the workers who are not convinced by the explanations, have threatened to stage a walk out if the 7 union executives are not recalled.