T’di kidnapped girls: We trust the new IGP to do a good job – family 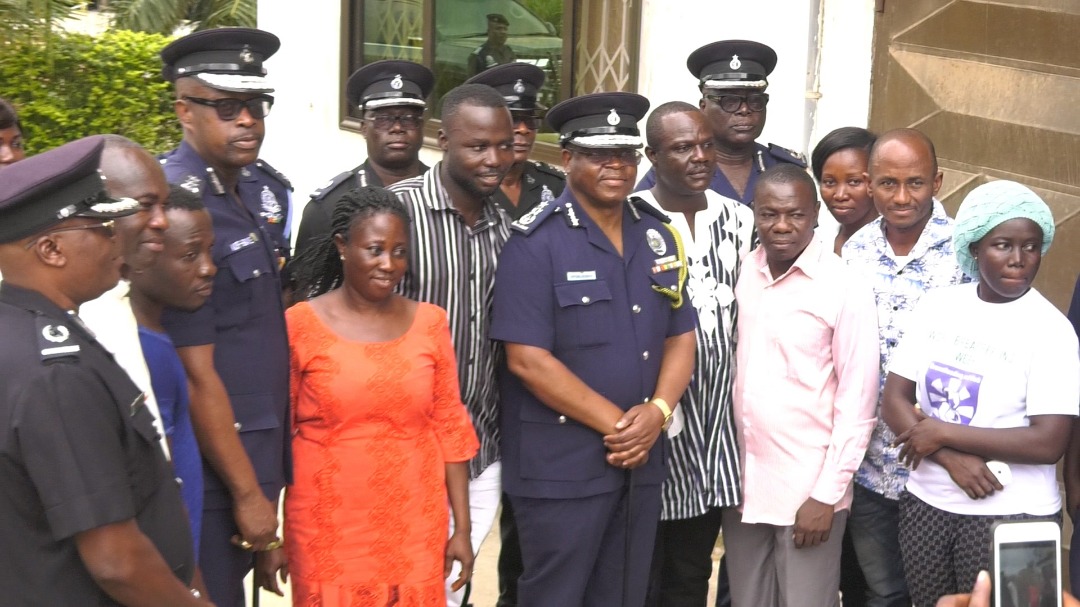 The family of Ruthlove Quayson, one of the three Takoradi kidnapped girls, are confident the new Inspector General of Police James Oppong Boanuh will work to get to the bottom of the kidnap cases in the Western Region.

According to the family, their renewed confidence is based on a demonstration of goodwill from the IGP including a personal visit to them.

“For now, where we are going to, we think we are in the right direction because for the IGP to move all the way from Accra to Takoradi to encourage us is refreshing,” spokesperson to the family Michael Hayford told 3news.com.

Skeletal remains of T’di girls brought to court as evidence

“He [the IGP] gave us the opportunity to pour out all our grievances and after offered us words of encouragement. He assured us that he will get to the bottom of the case. He also said he will make sure that any police officer found to have been complicit in the discharge of his duties is dealt with”.

IGP James Oppong Boanuh and a team from the Ghana Police Service are paying a visit to families of the kidnapped girls in Takoradi in the Western Region.

The visit is for the IGP to empathize with the families while assuring them that the police is doing everything humanly possible to solve the case.

He also used the visit to reiterate how important it is for the family to submit to a DNA test following the discovery of four human remains at two hideouts of prime suspect Samuel Wills.

Earlier, the family of Ruthlove Quayson had objected to a DNA test but Mr. Hayford said they will now avail themselves.

“We don’t want the procedure to delay so we are trying to cooperate with the police to do the DNA test so we can have a conclusion on the remains found. But we believe the skeletons found are not ours”.

He mentioned that the team from the Ghana Police Service agreed to the possibility of an independent test after that of the police.

Skeletal remains of T’di girls brought to court as evidence