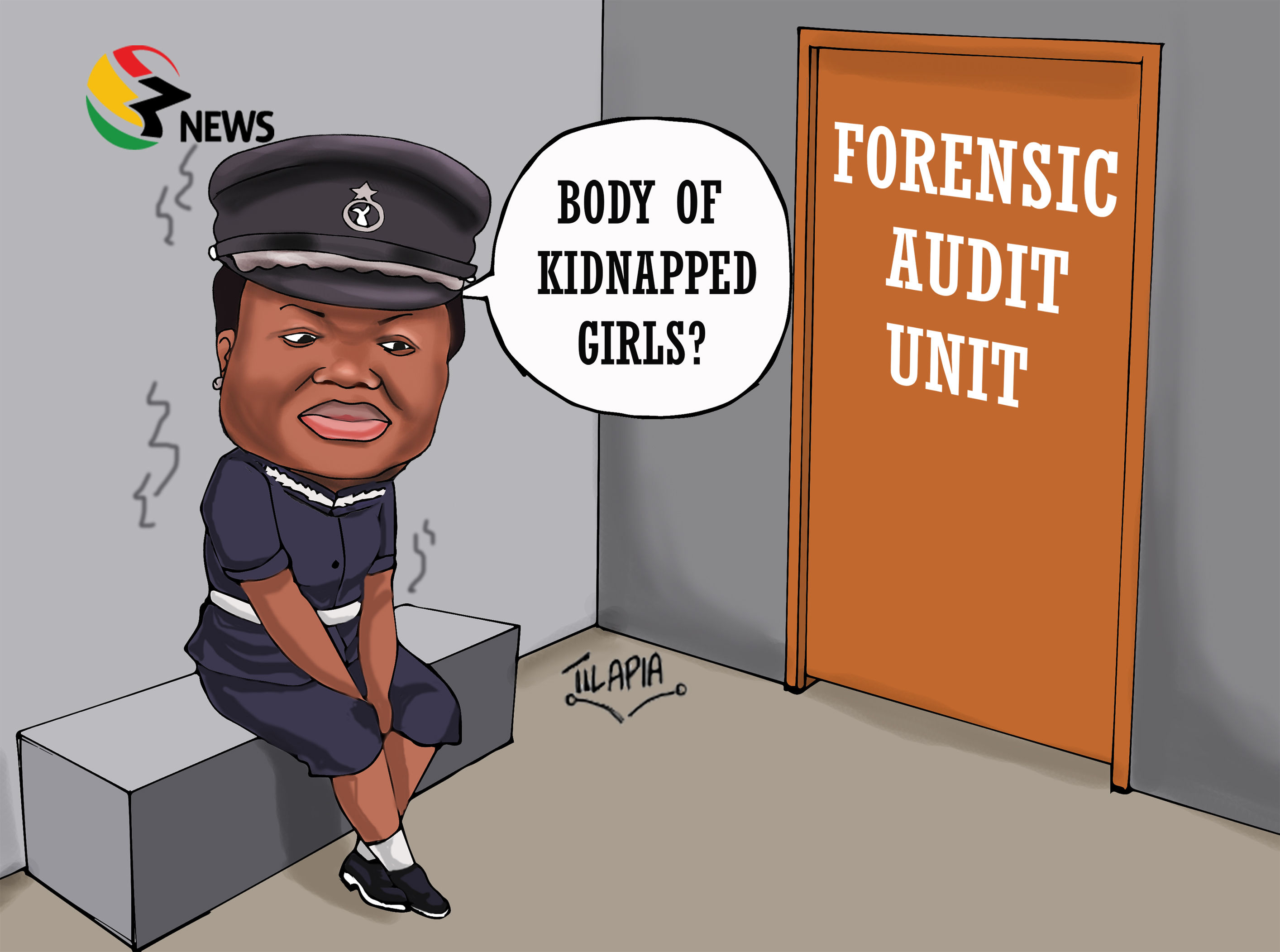 I have for the past weeks searched my archives and it appears there is no single topic – whether in Ghana or elsewhere – which I have spent so much time writing on than the issue of the Takoradi missing girls.

It was not the case that I had nothing to do and so decided to just write. I constantly wrote about this burning issue because from the day we were told a suspected criminal broke jail with a hacksaw, I saw the end from the beginning. How could a hacksaw be used to cut a [metallic] burglar proof window!?

TALKING DRUM: Hello Nana Addo, should I vote for you?

TALKING DRUM: Kasoa-Banda gunshots, how they kill for votes!

A colleague at work named Ebenezer Agyekum at the beginning of 2019 introduced me to Forensic Files, an American documentary series that details how forensic science unearths the truth in hardcore crimes and accidents. Truthfully, after I watched a few of the series on YouTube, I could not stop yearning for more.

“The victim has been stabbed more than thirty times and the crime scene is awash with her blood. Near her head, police discover a distinctive button with strands of thread still attached. If they can find the owner of the shirt the button came from, they’ll also find the killer,” so reads on Forensic Files’ YouTube page.

That victim was Julie Braun, a loan officer in California in the United States, and Jeremy Overstreet – the murderer.

Mr. Overstreet, a neighbor of Julie’s had entered her room on the pretense of asking her secure a loan to buy a car. This was an unemployed young man wanting to get a loan for a car. Then, according to the investigators of the murder, Overstreet demanded he had sex with Julie. When she refused, he stabbed her over thirty (30) times.

What gave him away to the police was that button of his shirt that fell off on the floor of Julie’s room – probably through struggling. Police’s further investigations got them reach out to the girlfriend of Overstreet. She had told the investigators that she bought four [4] shirts from Eddie Bauer [a clothing line]. She said one of the shirts she bought for Overstreet was missing and when they took her to the shop she bought them, she was able to identify the kind of shirt. And, the found button matched the missing shirt!

Jeremy Overstreet was traced by the police through his credit card, arrested, tried and jailed for life without parole. This intriguing investigation now made into a documentary is titled Fashion Police.

As I have stated earlier, I have watched many of these documentaries. When I look at the sort of crime being committed here in Ghana, I think we need not spend more than two weeks or, at most, a month to arrest and prosecute persons behind it.

With all the back and forth in the Takoradi Missing Girls’ saga, we had no less a person than the boss of the Criminal Investigations Department of the Ghana Police Service emphatically stating that they knew the whereabouts of the girls.

“Together with the BNI, we’ve worked very well and currently we know where the girls are,” said COP Maame Yaa Tiwaa. She even assured that “very soon they will be brought back home and they will go back to their family.”

So, at what point did the police follow one of the kidnappers to exhume the dead bodies which was now said to be that of the missing girls? Did COP Tiwaa mean to say that knowing where the girls were, they [girls] were all long dead and needed to be brought to their families this way?

The CID boss had on Saturday, May 11th, told Atinka TV – on The Big Story – as monitored by starrfm.com.gh that, “I made that comment because I wanted to give hope to the mothers but I have been misconstrued. Maybe, people didn’t understand me.”

This, as I said in previous article, cannot be a way out for Maame Tiwaa. No person of her caliber would give hope to families in need this way. She was overly confident when she spoke about knowing the whereabouts of the girls. And so, connecting the dots, I still hold the CID boss by her own words that per the disgraceful nature of how she and the police have handled the case so far, she is – to a large extent – an accomplice. She is an accomplice in the sense that she probably, out of letting words freely flow from her mouth the way breast milk leaks from a lactating mother’s breasts, gave so much unsolicited information to the criminals.

When the police arrested Samuel Wills, we were told he said he will not speak. He was wise enough to have kept mute even as a criminal and a whole CID boss could not – in anyway – pull the breaks on the intelligence gathered?

If Maame Yaa Tiwaa should take me to court on this, I have no other evidence against her but her own words of knowing where the girls were and there [in the court], she would explain to us how she was misunderstood by Ghanaians on her claims.

I believe that the police is not telling the public the entire truth of this case. Was it not even disheartening – to say the least – that the families of the girls were not first informed of the DNA results before they [police] announced to the public?

The dry comedy in this country has now gotten out of hands and we need right thinking men and women to save us. We need leaders who befit their titles to work things out so our labor force do not find it a pleasure choosing to die on the Mediterranean Sea in their attempt for greener pastures in Europe. And, I do not see COP Maame Yaa Tiwaa as someone who qualifies to be my CID boss, hence, giving me hope as a Ghanaian.

With Tiwaa partly at the helm of affairs of our security, it is better to run to the shrine for answers to crime than to rely on the police!

The writer is a broadcast journalist with Media General [TV3/3FM]. Views expressed herein are solely his, and do not, in anyway, reflect the editorial policy of his organisation whatsoever.

TALKING DRUM: Hello Nana Addo, should I vote for you?

TALKING DRUM: Kasoa-Banda gunshots, how they kill for votes!

TALKING DRUM: One reason my School Prefect must be a Member of Parliament