August: When Ag. IGP and his team visited families of the girls who went missing last year[/caption] The family of Ruth Love Quayson, one of the Takoradi missing girls that have been confirmed dead by the police, snubbed a call from Ghana’s president, Nana Akufo-Addo. The president had called through senior police officers who were at the family’s house to console them, but uncle of the deceased said the call came too late and wasn’t needed. The family was also furious that the police only made verbal communication to them on the outcome of the DNA report on skeletons discovered in August without any documentary proof. “Just like that”, Quayson’s uncle Kwame Tawiah, who sounded bitter, told Connect FM’s Paa Kwesi Simpson in an interview moment after the police left the family house Monday evening. He confirmed that while the police officers were with the family, President Akufo-Addo called and wanted to talk to them. “My sister asked them who is Akufo-Addo, does he know the families whose children are missing?” he recalled, “Akufo-Addo called on the phone but nobody spoke to him”. Speaking in Fante, Mr. Tawiah explained, “We rejected it because it is not today that Akufo-Addo will call to talk to us about the matter. My brother it is sad that Nana Akufo-Addo will call evening by this time.” [caption id="attachment_119321" align="aligncenter" width="1080"]

The three kidnapped girls[/caption] Fake Report According to him, the family felt neglected by the president at the time they were suffering and needed him most. “I’m not sure Nana Akufo-Addo can talk to the family. When you [referring to the president] came to town, you couldn’t see the family but when they are bringing us fake report that is when you want to talk to us, we don’t need his call.” He appeared not convinced that the DNA tests conducted on some skeletons discovered in August in the Western are that of the four missing girls. 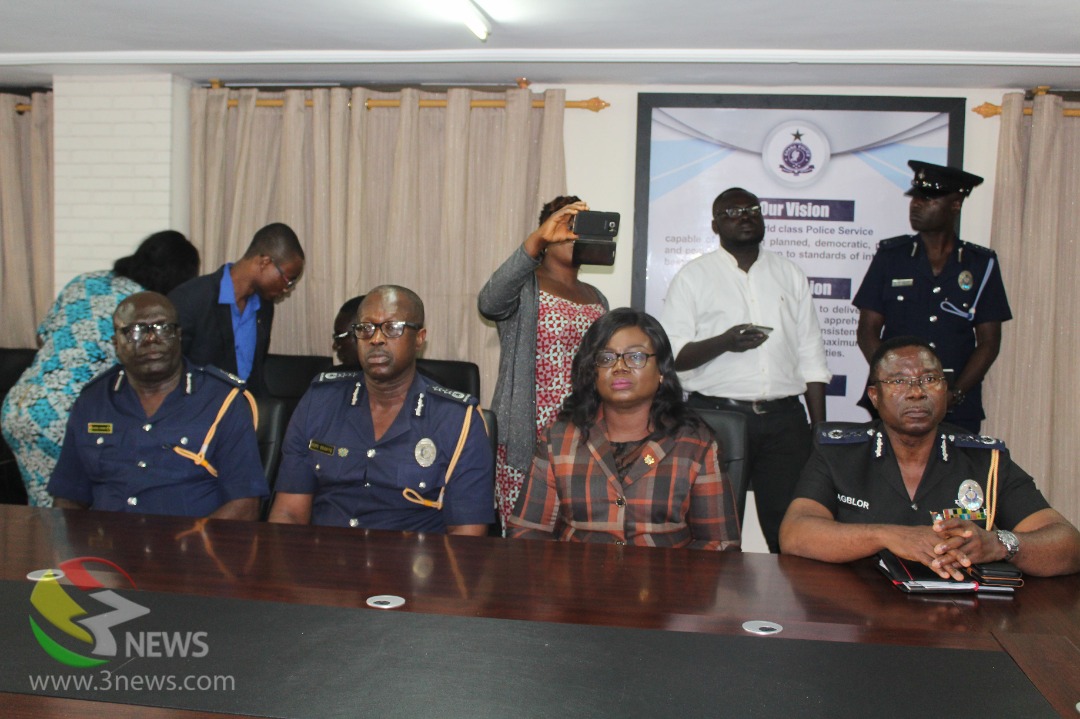 DCOP Tiwaa Addo Danquah (seated 2nd from right) was present when the Ag. IGP addressed the media on Monday[/caption] First week in April 2019, Director General of the Police CID, DCOP Maame Yaa Tiwaa Addo-Danquah had given hope to the family that the girls were alive. “Together with the BNI, we’ve worked very well and currently we know where the girls are,” DCOP Addo-Danquah had told journalists. Read: We know where the 3 kidnapped girls are; they’re safe – Police CID reveals Mr. Tawiah indicated that the family is still banking their hope on her. “Madam Tiwaa called my sister to tell her that the girls are alive, but the money they are demanding is huge, so we should not inform anyone, government will pay the ransom and get them back, so why is he now calling for us to remain calm?” he quizzed. By Isaac Essel | 3news.com | Ghana]]>