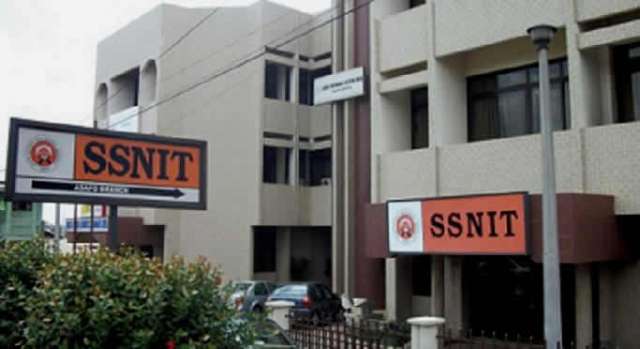 The Social Security and National Insurance Trust (SSNIT) has increased monthly pensions by 11 per cent for this year.

This means that the minimum pension for new pensioners, beginning this month, is pegged at GH¢300 with those already on the SSNIT Pension Payroll as of December 31, 2019, who received a minimum pension of GH¢300 now having their pensions increased to GH¢357.18.

No more guarantor for student loans in our next government – Bawumia

The 11 per cent increment on the vault of money paid to pensioners will be redistributed to current pensioners at a minimum fixed rate of 6.6 per cent over their existing monthly payouts.

The remaining 4.4 per cent would cover a flat amount of GH¢37.38 paid to every pensioner on the SSNIT Pension Payroll as of December 31, last year. The technique is known as indexation.

“With this redistribution, the rate for the lowest-earning pensioners will come to 19.06 per cent. Seventy per cent of pensioners will receive 11 per cent or more as effective increase in their pensions; 98 per cent will receive an effective increase equal to or above the targeted inflation rate for 2020,” the Chief Actuary of SSNIT, Mr Stephen Yeboah, told journalists in Accra yesterday at a press conference to announce the new indexation of pension for pensioners for 2020.

Indexation is a technique to adjust income payments in order to maintain the purchasing power of the public and cushion the vulnerable against inflation.

Mr Yeboah explained that “the 2020 indexation rate was determined using the percentage change in the 2019 annual average Consumer Price Index (CPI) forecast for the 2020 National Annual Price Inflation, the ability of the fund to pay and the long-term sustainability of the scheme, among others.”

Answering questions from journalists, the Director-General of SSNIT, Dr John Ofori-Tenkorang, said the redistribution was a mechanism applied to the indexation rate to cushion members on low pensions, in line with the solidarity principle of social security.

“The low pensions arise from low basic salaries on which contribution were paid,” he explained.

He stated that the increment would cost the trust an additional amount of GH¢243 million by the end of the year.

He dismissed assertions that SSNIT was unable to properly manage contributors’ funds.

No more guarantor for student loans in our next government – Bawumia