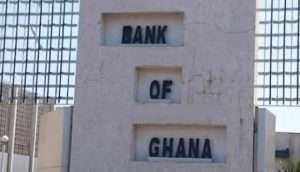 A former deputy minister for Trade and Industry, Murtala Ibrahim Mohammed, has  said it was a senseless decision for the government to spend huge sums of money, claiming to be up GH¢18 billion, to clean the banking sector.

The action eventually led to the collapse of seven banks and the downgrading of one.

On assuming office in January 2017, the Akufo-Addo-led New Patriotic Party (NPP) administration through the Bank of Ghana (BoG), took steps to do what it described as ‘sanitizing the financial sector”.

The exercise which ended in December 2018 saw some banks folding up, others merged and some job losses.

Even though the president has lauded the exercise and said it cost the nation about GH¢12.7 billion to save the deposits of 1,147,366 Ghanaians, some members of the minority are skeptical it was a prudent decision to take.

The former Member of Parliament (MP) for Nanton constituency for instance does not see any sense in that move on the part of government.

On TV3’s New Day Wednesday, Mr. Mohammed questioned the rational behind the exercise and the justification for incurring such a cost on an exercise which he suggested caused more harm than good.

“It does not make sense!”, he stated.

The former legislator said the government could have been a little more pragmatic in its approach to cleaning the banking sector without necessarily having to collapse banks, some of which he said were done arbitrarily.

He bemoaned the accompanying job losses and the collapse of businesses that came with the exercise, while cautioning that a different approach be adopted moving on.

He argued none of the collapsed banks faulted in meeting their obligations to their customers until the government intervened.

“Couldn’t there have been a move that government could take to assist these banks?”, he questioned, on the assumption the banks indeed had problems.

But the MP for Ledzokuku Dr. Okoe Boye, explained that the government have had to take a tough decision to clean up the banking sector to make it buoyant. He likened the seeming panic in the banking sector now to a doctor bleeding a wound to heal.

“I’m a doctor, what is happening is like bleeding a wound, the wound was being mismanaged, no blood was flowing, when a good doctor comes he exposes the wound, makes sure it bleeds, any wound that is not bleeding, showing red cannot heal”, he illustrated.

Oil could fall to $40 if OPEC abandons its deal

‘Homecoming’ Documentary Comes With a Surprise: A Beyoncé Live Album

‘Homecoming’ Documentary Comes With a Surprise: A Beyoncé Live Album